Around the World Drill 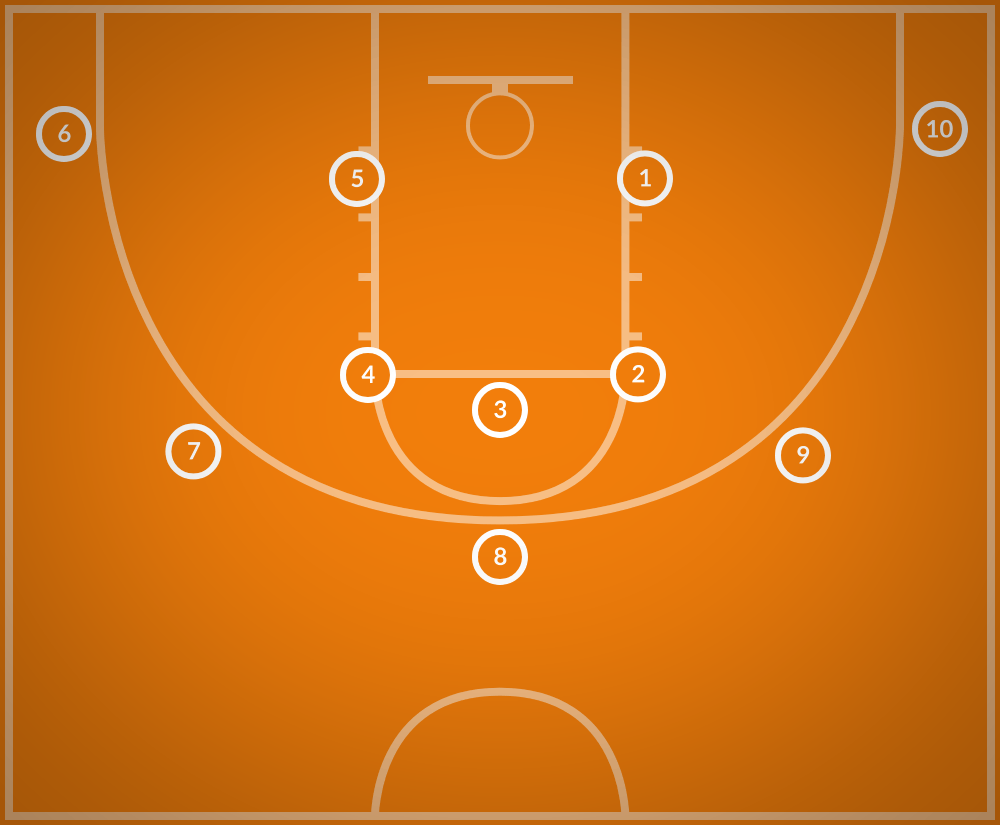 Identify the 10 stations where players will need to shoot from in order to make it all the way “around the world” with their shots.

Great players need to be able to make shots from any position on the court. This drill forces players to get exposure by shooting from various locations, angles, and distances.

Each player takes shots from each station on the court starting with station number one. They have to keep shooting from that station until they make the shot. Only after they successfully make the shot are they allowed to rotate to the next position on court.

Although this drill can be performed as an individual, the best way to do this drill is to make it a game by turning it into a competition between shooters. In the competition format, players rotate shooting one shot per round. The first person to make it through all the stations and make all ten shots wins the competition. To amplify the pressure you can add a rule where players are allowed to risk it all by taking a second chande. If they miss a shot, they are allowed to call “chance” which means that they get a second shot. If they miss their second chance shot, then they must receive a penalty, such as having to start over or having to drop back a certain amount of stations.