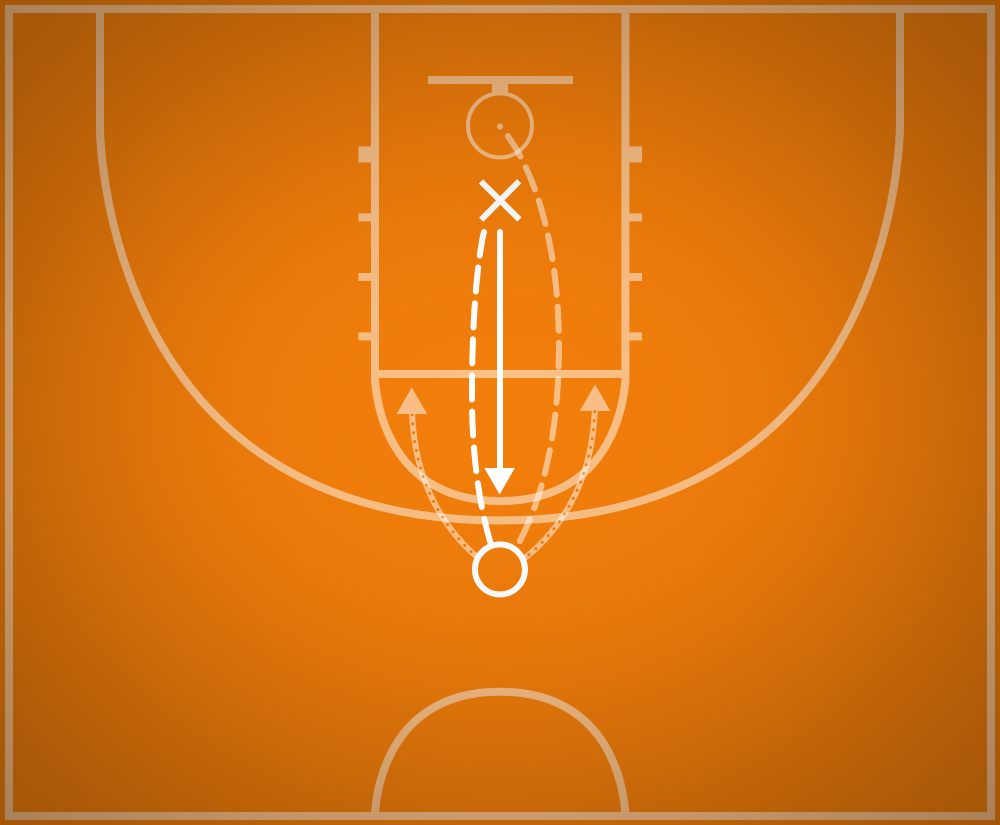 A defender starts with the ball somewhere roughly in front of the basket. An offensive player stands out on the three point line.

On one hand you want to get to him quick enough that he doesn’t have the opportunity to shoot a wide open shot, but on the other hand you don’t want to run out so fast that you open yourself up to letting him dribble right around you and get an easy layup.

The closeout drill teaches your players how to properly get to the open offensive player and minimize any damage by playing good defense despite the situation.

The drill starts with the defensive player passing the ball out to the offense. As he passes the ball, he should begins his sprint towards the offensive player.

The offensive player has three options: He can shoot the shot, or he can dribble around the defender to the left or the right.

The key of this drill is the defender’s footwork. He needs to sprint out fast enough to cut off the shot, but he needs to keep his feet underneath him as he approaches close to the defender so that his momentum doesn’t carry him so far forward that he fouls him or lets him dribble right past him. He does this by starting with a sprint and then closing out by reaching one arm in the air to block the shot and breaking his legs down lower to the ground so that he is in an athletic stance to cut off any attempts to dribble around him.