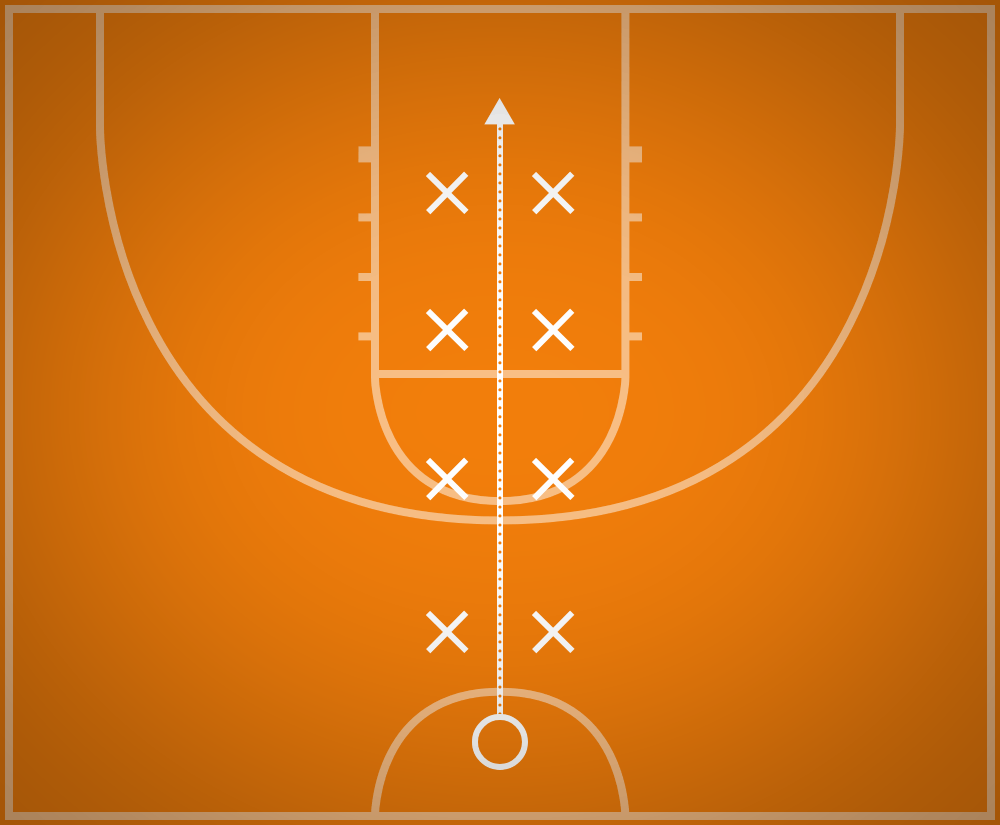 Players on the team make two lines evenly spaced out down the court with only a couple feet in between each of the two lines. Each line should be slightly more than arms length apart from each other so that there is not much of a gap in between each side.  The player running the drill will line up with a ball at one end of the two lines prepared to dribble through the middle of them.

In a game, every player on the defense will be reaching, scraping, flailing their arms, and fighting to hit the ball out of the hands of your offense. This drill teaches players how to dribble through traffic and maintain control of the ball despite the best efforts of the defense to take it away.

Players dribble through the gauntlet while trying to maintain control of the dribble all the way through. This drill is not a spring. It is not even a run. At most it is a slight jog, but the focus is on the dribbling, not the running, so you may want to start this drill be simply sending players through the gauntlet on a brisk walking pace with only a slight bounce in their step.

The defensive players making up the gauntlet will repeatedly flair their arms into the gauntlet towards the ball in an effort to knock it out of the hands of the dribbler. Depending on the skill level of your players, you may need to either space out the players in the gauntlet or tell them to not try their hardest to knock the ball out but instead only make half-heated efforts to reach their arms in.

Some players can even softly and safely, but firmly bump the player on his shoulder to simulate game time contact while still emphasizing that the dribbler should focus on keeping his dribble throughout the entire gauntlet no matter what happens.