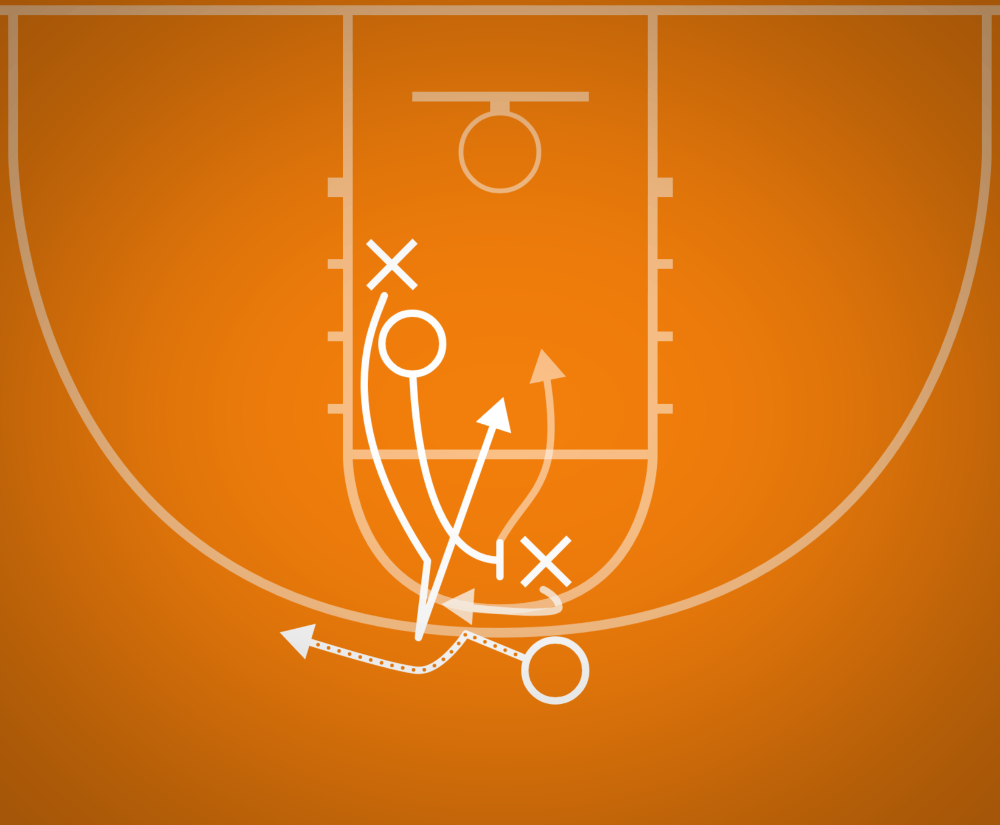 Players line up in a two on two format with a point guard with a ball on the three point line and the other offensive player standing somewhere in the middle of the lane. The two defenders play man-to-man defense.

The defensive hedge is an advanced maneuver to deploy against a pick set along the three point line.

By training your players to hedge out onto the ball, you will significantly disrupt an offense that relies on picks to move their offense around.

The drill starts with the off-ball offensive player setting a pick for his teammate along the three point line.

The main component of this drill is the hedge maneuver performed by the player guarding the off-ball player setting the pick. As soon as the defender realizes that his player is setting the pick, then he must hedge out in front of the player with the ball. The hedge maneuver is performed by jetting out and squaring up his hips towards the ball handler so that he has to make a loop out back out of the way in order to get all the way around the hedge. This loop back is significant enough that the original defender guarding the ball handler will have time to recover from the pick and and get back in position to guard his original guy again.

Although the hedge is a great way to throw off the ball handler, its only potential weakness is the pick and roll. That is why it is critical for the defender setting hedge to immediately jet back on defense and return to his guy as soon as he has made the ball handler loop around.