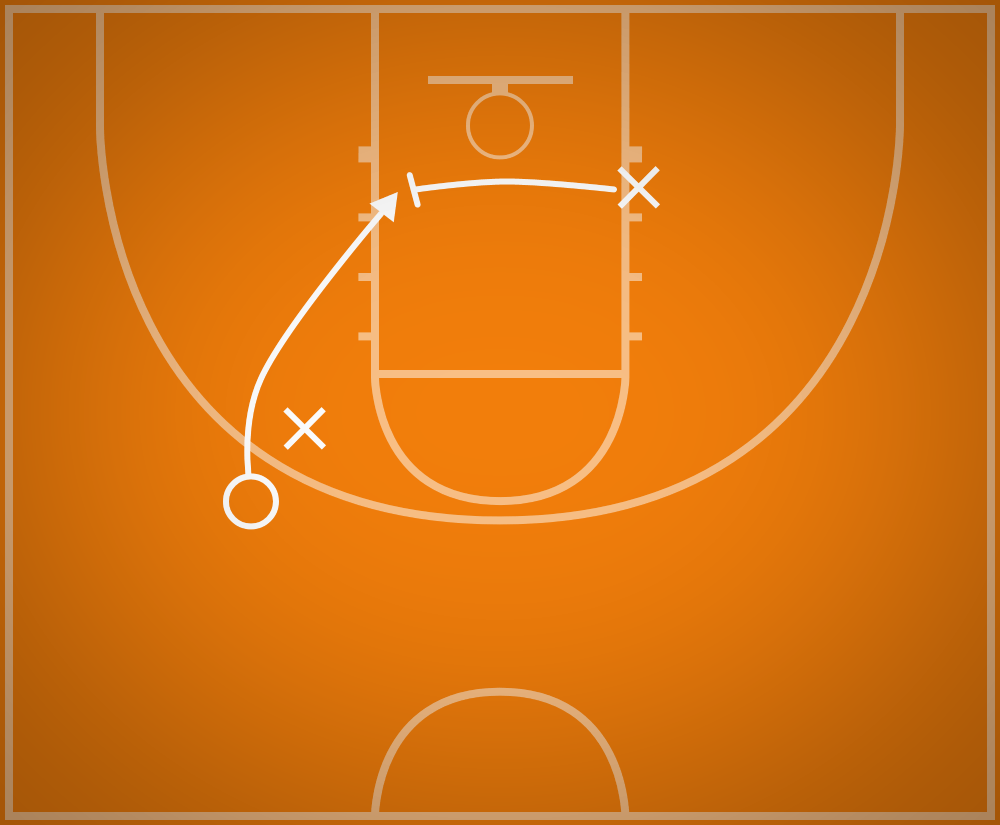 One player holds the ball as an offensive player in the wing position. A placeholder defender stands in front of him in a defensive position. The main player of the drill stands in the opposite block on the other side of the court.

In a perfect world, none of your teammates on defense would every let their man get passed them with the ball. In reality, even the best defenders get beat sometimes and their man will be headed towards the hoop with the ball. One of the great things about basketball is that it is a team sport. So, when one defender gets beat, his teammates can still be there to back him up.

In the “Help Defender Drill” players are trained to get in a good defensive position to cut off the ball when the offense makes a clean break around a defender and is headed unobstructed to the rim.

The offensive player dribbles around the side of the placeholder defender who doesn’t make any effort to stop him.

The defensive player on the block, then has to respond by quickly making his way over to the other side of the paint in order to cut off the player with the ball. The key is for him to get his whole body in front of the defender before he can make it to the hoop for an easy layup.

If the defender is too slow and gets there late, it will result in either an easy bucket or a sloppy foul. All in all, it is imperative that players are always on alert to play good help defense and quickly respond when a player is making a break for the rim, even if it is not the man they were originally guarding.