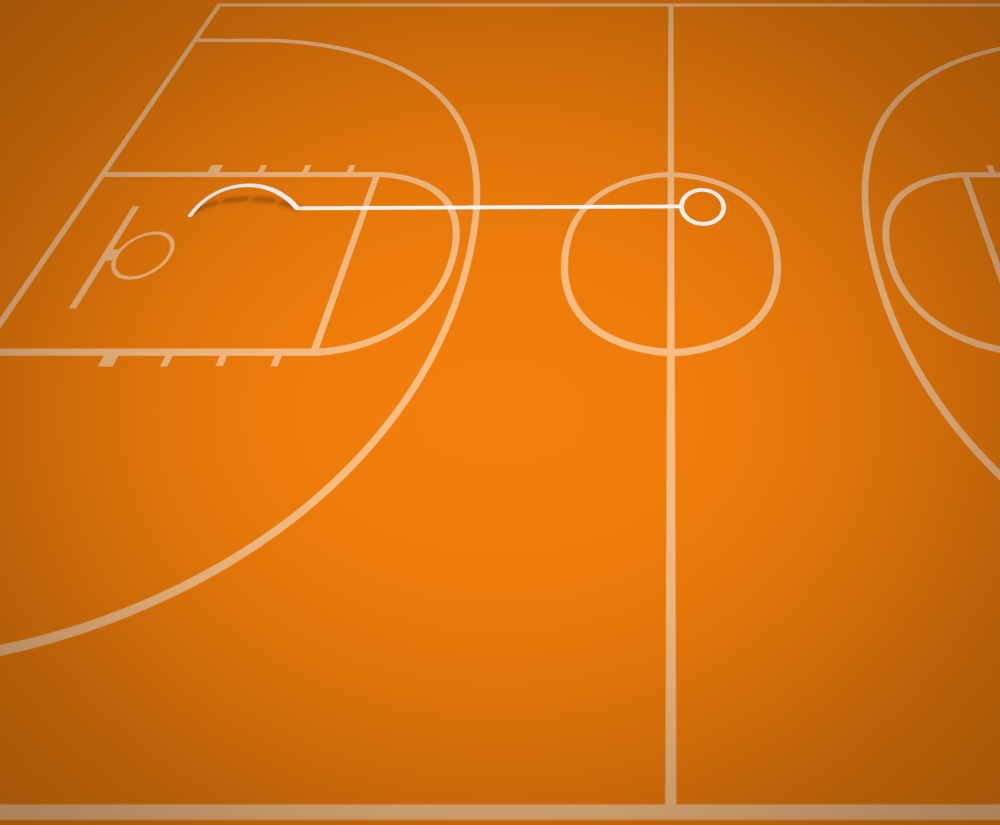 Players simply line up with a ball in hand around the half court line.

When making a break for the basket with the ball, it is important to have awareness on the court for the location of the defenders who are chasing you. If a defender is located directly behind you in a good position to easily block your layup attempt, then a jump shot maneuver may be the best way to create space from the defender and get a clean look at the basket.

Starting around half court, the player begins to sprint towards the hoop. Once in position to make a layup, the player should instead do a jump stop where they jump in the air and land on two feet simultaneously. Immediately upon landing, the player should pump fake the ball as if they are shooting. The combination of the jump shot and the pump fake, will regularly result in the defender flying past with his momentum carrying him out of the way.

Once the defender has flown past, the player should then jump up high and lay the basketball up off the backboard and into the hoop for what should now be a clean shot.

To amplify the degree of difficulty of this drill, have another player act as the defender, chasing the player down the court so that the player gets a sense for what if feels like when a defender is on his hip, as well as, gets a sense of the timing involved when the defender flies by after the jump stop and pump fake.