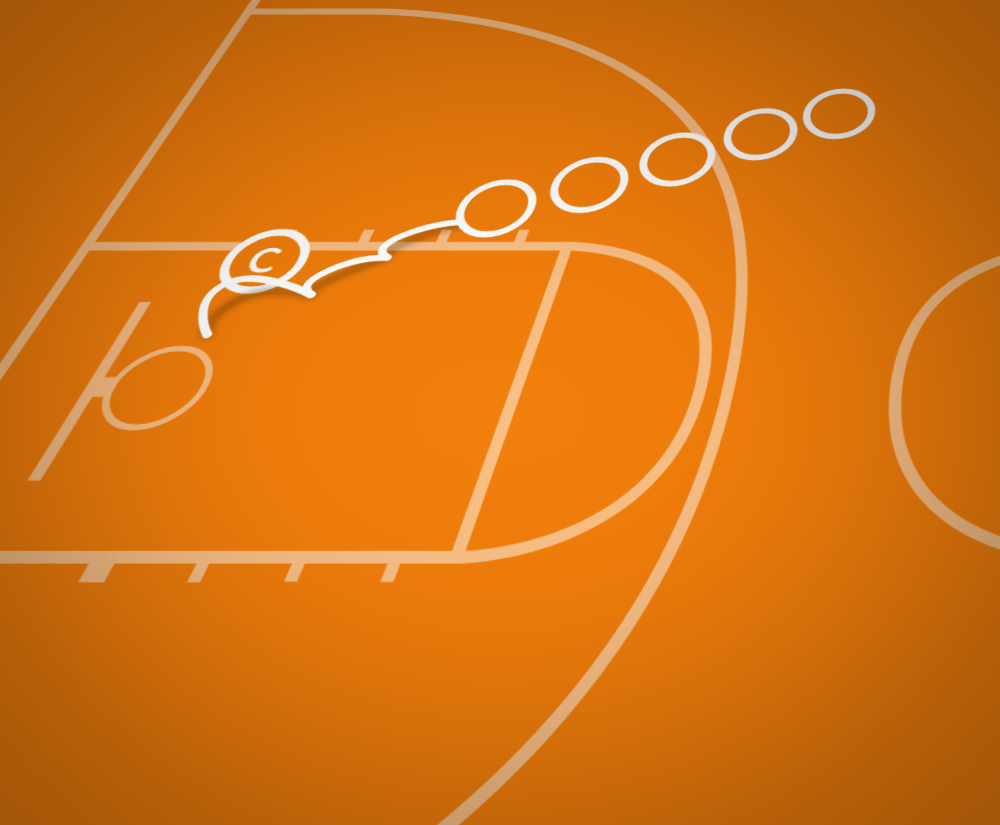 Players line up outside of the elbow in position to run towards the hoop. The coach stands in front of the hoop and holds up his hand in a high five position.

The purpose of this drill is to teach youth basketball players the proper steps to take while performing a layup. Sometimes holding a basketball can be distracting for players trying to learn the footwork for layups, so the layup high five drill removes the basketball so that players can focus on the footwork involved while having the fun high five as the end goal.

Players are placed a few feet away from the coach and the coach tells them that they can use two steps to come jump for the high five. The coach spells out the steps with a cadence to help the players get in a rhythm as they step. The cadence is a simple “Right… Left” when coming from the right side of the hoop. The players then jump up off their left foot in order to get high enough to slap the coach’s hand for the high five. For players that are struggling with the one footed jump, tell them to think about bringing the off knee (their right knee) high up in the air as they jump for the high five.

Once players have figured out the two step high five, push them back to the elbow where they will initiate a three step high five. The cadence then becomes “Left… Right… Left.”

This drill will go a long way to having players get the feeling of the proper footwork when performing a layup. Once the footwork is in place, you can then hand them a ball and tell them to do the same footwork but finish with a layup instead of a high five.