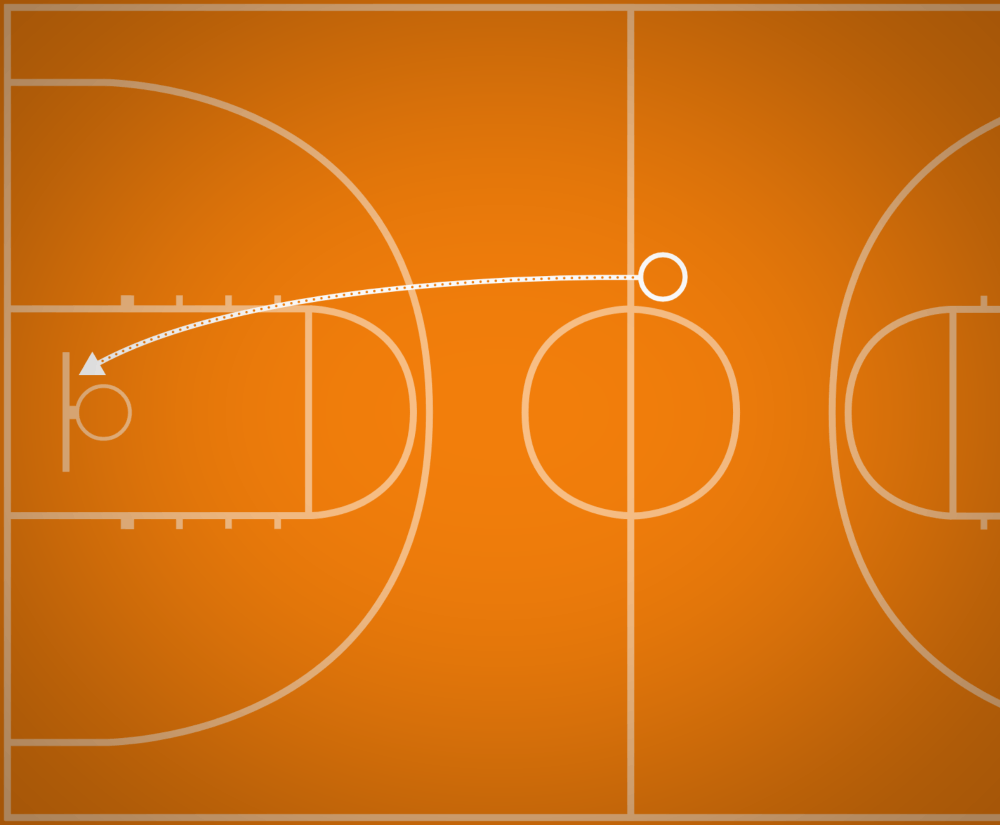 Players are spaced far away from the hoop around the half court area with a ball. Depending on the skill level of the players involved the coach should determine the appropriate starting distance based upon how far away players will be able to successfully make a layup while only given three dribbles to make it to the rim.

Layups are an incredibly common type of shot to make on a basketball court. This drill gives players a better sense for how their body can get accustom to attacking the hoop from far distances away while still pulling off a proper layup technique. Additionally, for players to successfully make a layup from a far distance with minimal dribbles, they will need to make explosive steps given the minimal amount of steps allowed in this drill.

Players are given a certain number of dribbles that they are allowed to take from a certain distance. For example, high school players might be given two to three dribbles to make a layup from around half court.

The player then proceeds to run to the hoop while dribbling with explosive steps in order to cover the distance needed with the the few amount of dribble allowed.

These requirements will stretch the players to the limits of their physical abilities while also preparing them to make layups from imperfect body positions, therefore, making normal layups appear even easier when the dribble and distance requirements are dropped.