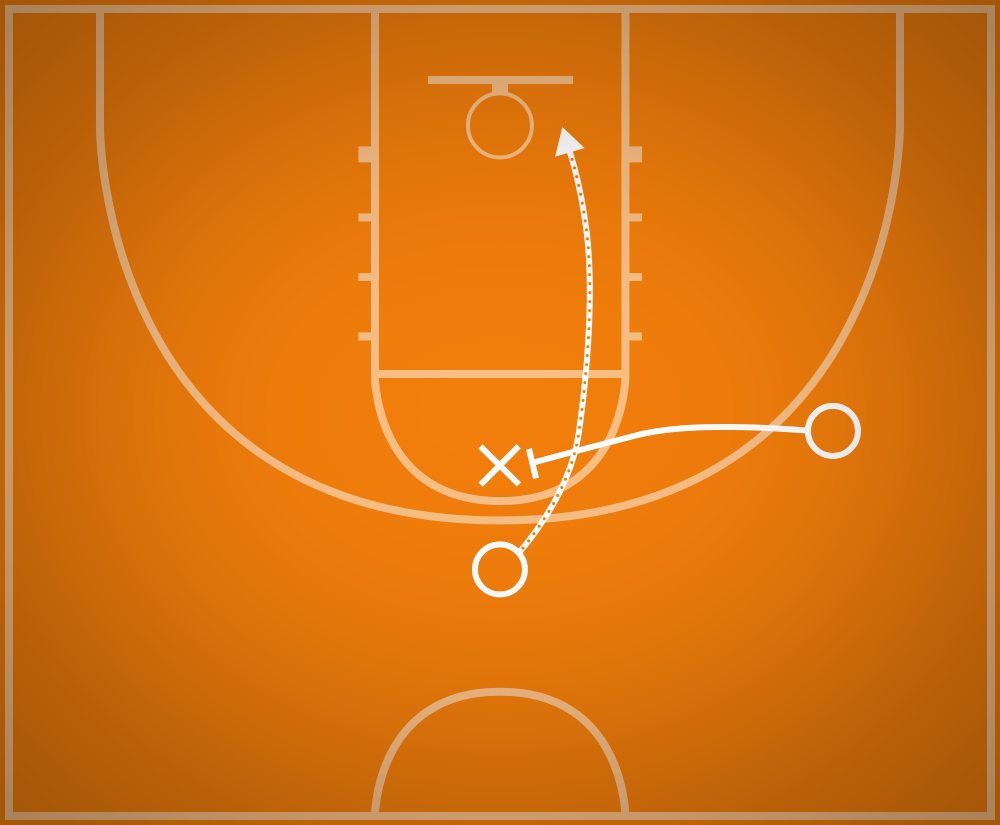 Three players are needed for this drill. Give a ball to a player in the point guard position at the top of the key. Place a defender in front of him and an offensive player in the right or left wing position.

The purpose is to instill the ability for off-ball players to set an on-ball pick for their teammate. Picks are a great way for teammates to work together in order to pierce through a defense.

The drill starts with the coach indicating to the wing player to begin his approach towards setting a pick on the defender. Once the wing has almost arrived in the pick position, the point guard should then begin dribbling around him in order to make a break for the basketball hoop and finish the play with a layup.

One thing that may need to be instilled into younger players is that player with the ball should go towards the side of the pick. Some young players may not make the connection that they need to use the body of their teammate in order to get in the way of the defender, so remind them to always go towards the pick.

Initially, the defender should go along with the drill by letting the player set a proper pick on him. Essentially, the defender only makes a half-hearted effort of playing defense in order for the offensive players to get a feel for how the positioning and timing of the pick play should work.