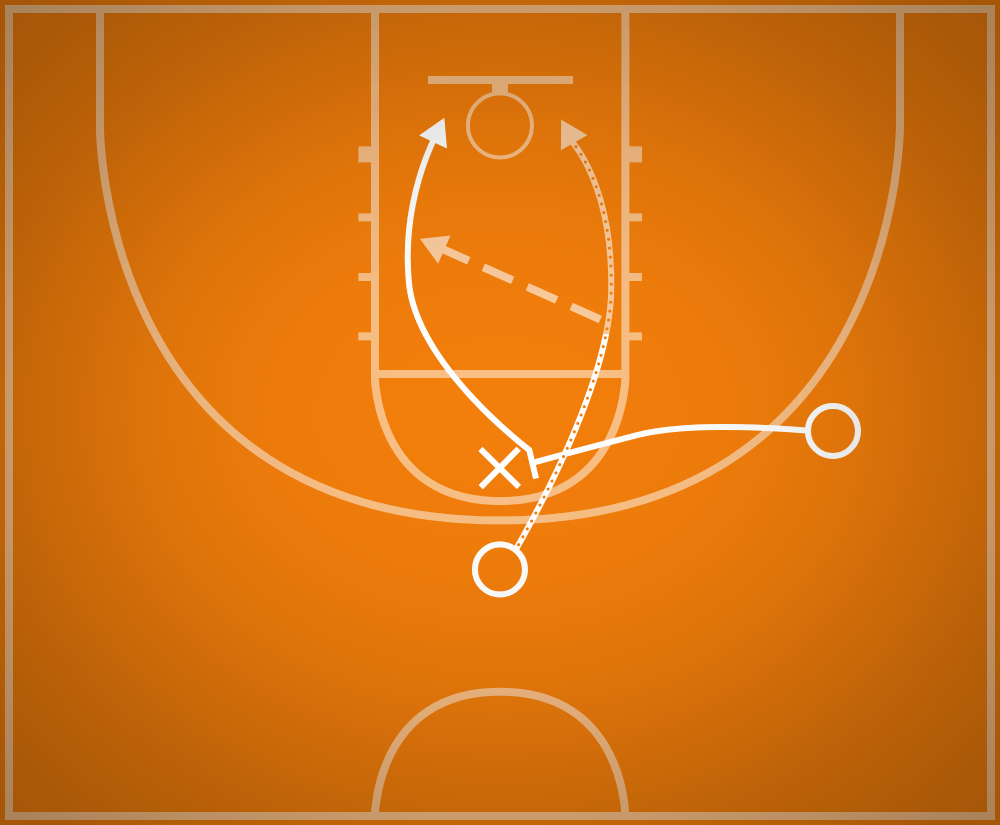 This drill requires three players. As your players get better at setting picks, you can place the off-ball offensive player in different positions on the court in order to simulate various game situations.

This drill is a more advanced extension of the “Pick Drill” which takes the pick concept to the next level. Not only does it teach how to set a proper pick, but it then goes on to teach players how to

This play is a more advanced extension of the “Pick Drill” which takes the pick concept to the next level. Coaches should focus on teaching the player setting the pick to roll to the basket after setting the pick. Once they have set their feet on the pick, they should pivot on the foot closest to the basket in order to keep their rear end in between the defender and the ball. If the defender gets around them, then they should be making a break for the other side of the basket so that they can receive a pass and put up a layup.

The offensive player must make a read on the defensive player in order to choose between taking the ball to the hoop on their own, or passing it to the rolling player for them to shoot.

Unlike the original “Pick Drill” the defensive player should be trying their hardest to steal the ball or stop the basket. Even with a tough defender, the offense should still have the advantage considering the fact that it is a two on one situation.

One way to think of this game is an advanced form of monkey in the middle, but tailored to a specific basketball situation that occurs often in real game situations.