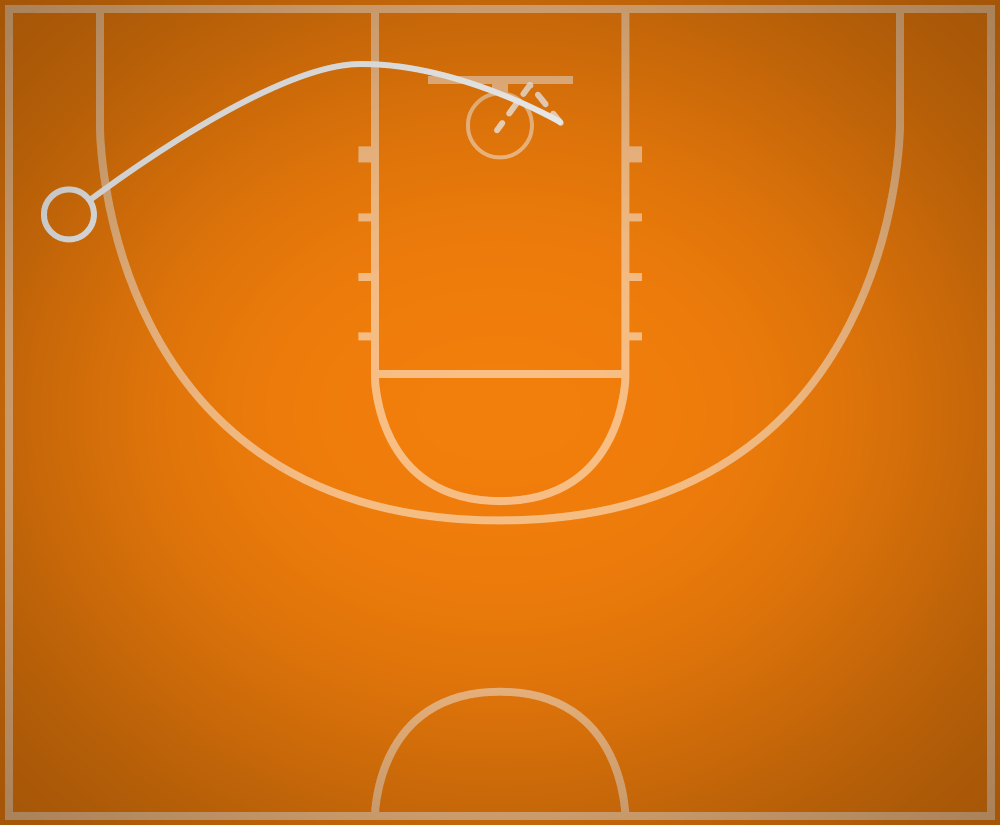 Players begin the drill with a ball in hand standing on the three point arc in between the wing position and the corner.

By teaching players how to pull off a reverse layup, you are giving them another tool in their arsenal for scoring the basket.

Not only is it a different type of shot that many players have not practiced before, but it also gives them a different angle of attack. Most layups approach the hoop at a straight on or 45 degree angle. A reverse layup, however, can have a very flat angle toward the rim. With a flat angle approach scoring options are very limited unless a player has the confidence to go under the hoop and pull off a reverse layup.

The player than maintains his awareness of the court and pops back up underneath the backboard and past the hoop to jump up and sneak in a layup by tossing the ball off the backboard on the far side of the hoop.

The most difficult part of the drill is not the angle of approach, but the sense of shooting the ball up at the right angle and velocity. Due to the fact that they player is actually running away from the hoop at the time of release, it will take multiple repetitions for players to get used to the way they need to release the shot for a successful reverse layup.