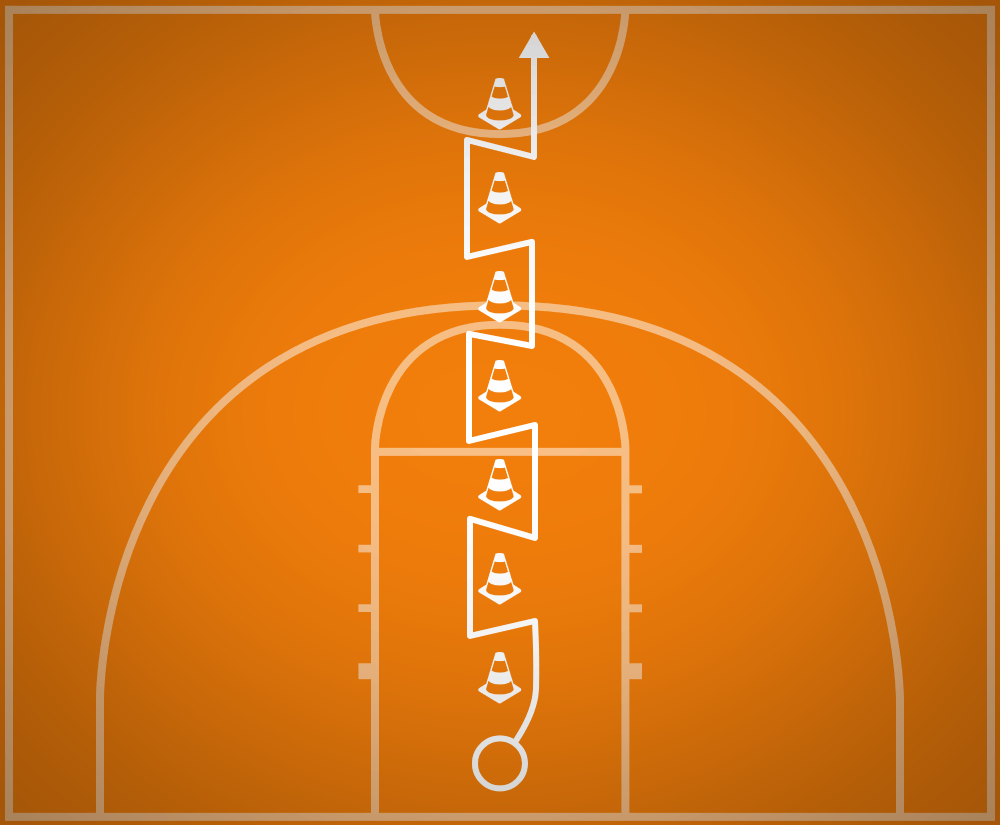 Place cones in a straight line roughly 8 feet apart from each other all the way down the court.

The purpose of this drill is to instill a successful crossover dribble in your players in order to help them build confident in their crossover ability. Players that can quickly transfer the ball from hand to hand are better able to get around defenders and move to the places they want on the court while handling the ball.

Players approach each cone as if it is a defender in their way. As they line up the defender (aka, cone) they will pull off a crossover maneuver in order to get around the defender.

Each cone should rotate the direction of their crossover dribble.

The basic version of the crossover dribble has the player quickly bounce the ball from right to left (or left to right) in front of their legs while keeping the ball low to the gorund in order to keep it away from the defender’s arms.

The advanced version of this drill entails turning the crossover dribble into a between the legs crossover dribble. Instead of simply dribbling sideways, the advanced in between the legs maneuver is an even better way to shift the ball from hand to hand for players that can pull it off. By dribbling the ball back through the legs it keeps it behind the player and away from any defenders trying to take a swipe at the ball.

Get your players shifting quickly from side to side while dribbling the ball in this great ball handling drill.