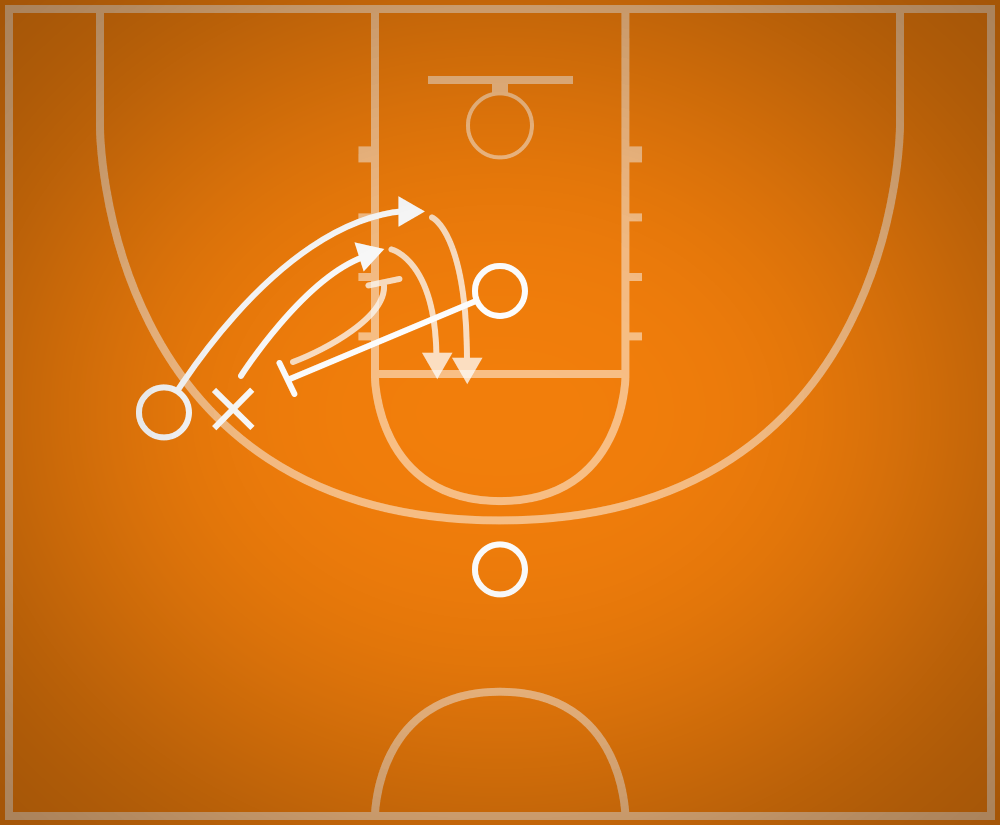 A man-to-man defender will have to fight his way through screens in order to stay with his man. Off-ball picks can be even more tricky to get through because you can never know where they are coming from or where they are trying to get the offense to go. The Screen Drill trains your defenders who to have sticky man-to-man defense even when the offense is setting screens against them.

The point guard slaps the ball to begin the drill. Upon the start of the drill, the third offensive player begins to set a screen on the defender. The wing player then reads the screen and determines the best way to get open away from the defender off of the screen. The defender, for his part, attempts to fight through the screen to stay as close as possible to the wing man.

The goal for the defenders is to stay with his man as long as possible despite the 3 on 1 disadvantage.

A defender who can stick on his man in this situation will do an even better job when he has 4 other defenders on the court helping him out.