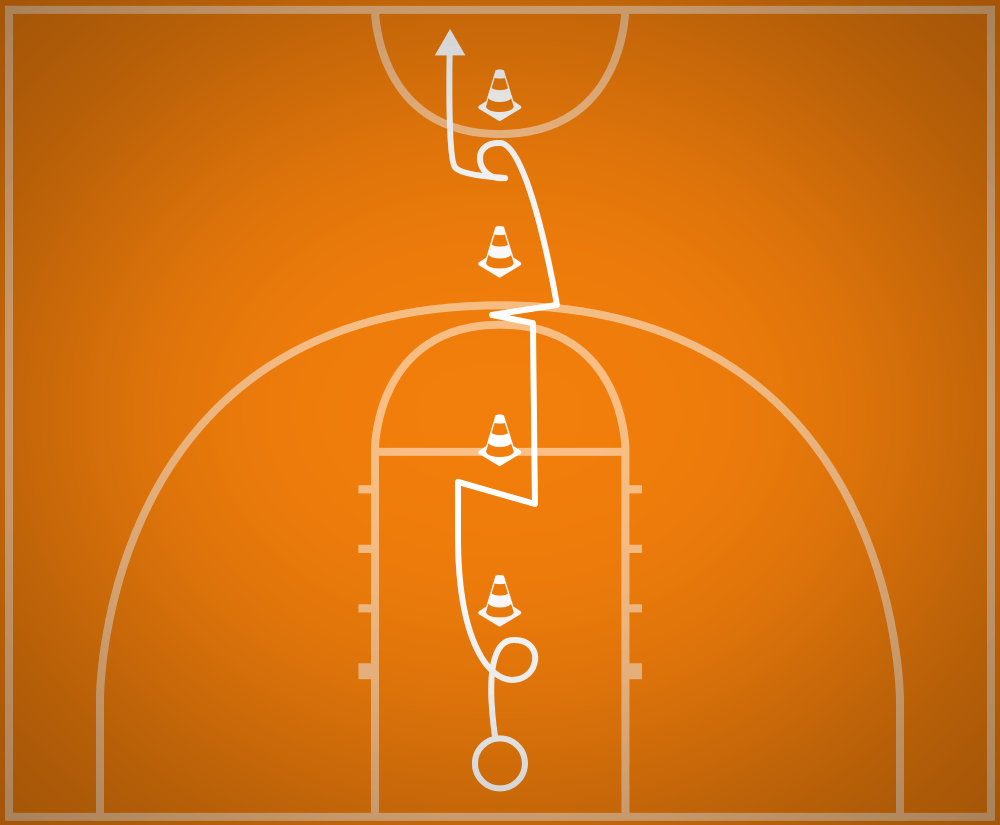 Make a straight line of cones about 8 feet apart that extends all the way down the court. Players proceed through the drill with a ball, one player at a time.

Players make their way to each cone, imagining that the cone is a defender in their way.

Upon approaching the cone, they then make a basketball move in order to get around the cone/defender.

Players are allowed to make any move they want. There are only two rules: 1) They need to make a different move at each cone and 2) The move can not be a circus move, meaning that it has to be a legitimate move that they would do in a game, not a trick move simply done for the style without any practical use. In general, the less flashy a move is, the more likely that they will be able to succesfully pull it off in a game.