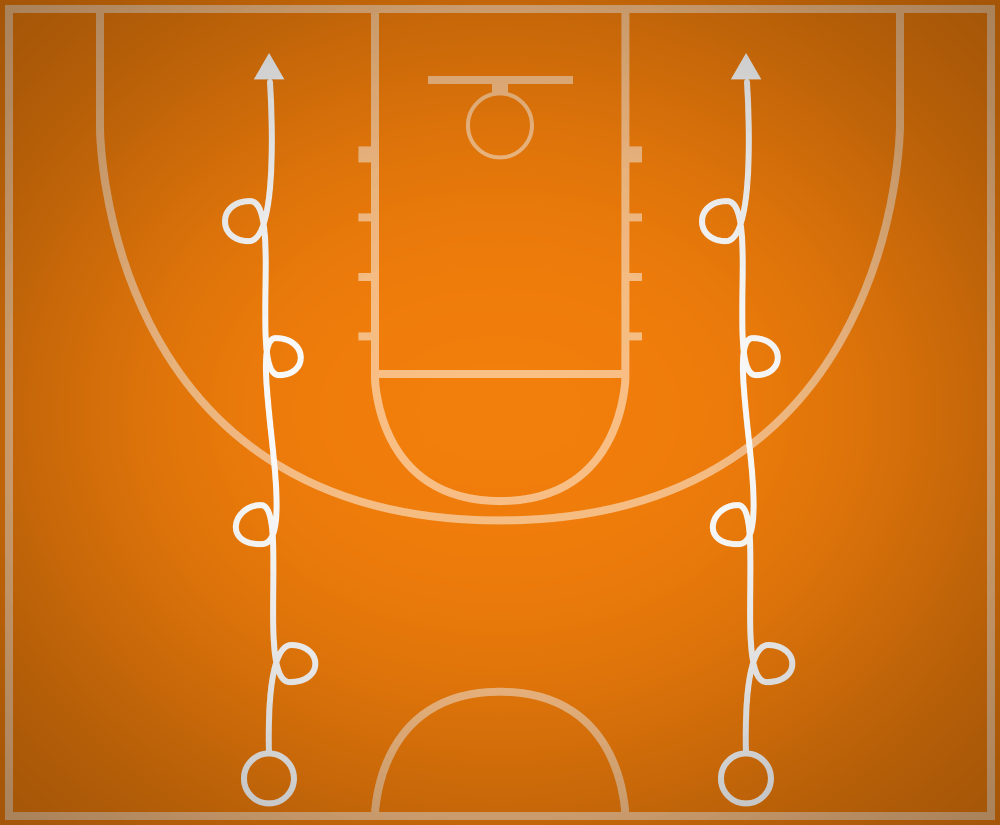 Only one ball is needed in the hands of the player performing the drill.

As your players prepare for the season, every tool that you can add to their arsenal can help their performance. The Spin Move Drill focuses specifically on their dribbling ability as it pertains to pulling off a spin move. Not only does this drill emphasize the specific skill at hand, but it increases overall ball handling ability due to the difficulty of the move.

Players make their way down the court performing a spin move every few steps.

The proper mentality should be that players are not simply going through the motions but are imagining a real defender or situation where they are having to make a spin move. This will make their movements much more realistic and effective.

As players approach each spin, their footwork should resemble a pivot. So if they have the ball in their right hand, they should plant their left foot in front of them, and pivot their right foot back and around themselves as they spin the ball quickly around the back of their body with their right hand.

Each spin down the court should be performed in alternating sides so that players get exposure to working their dexterity with both hands.