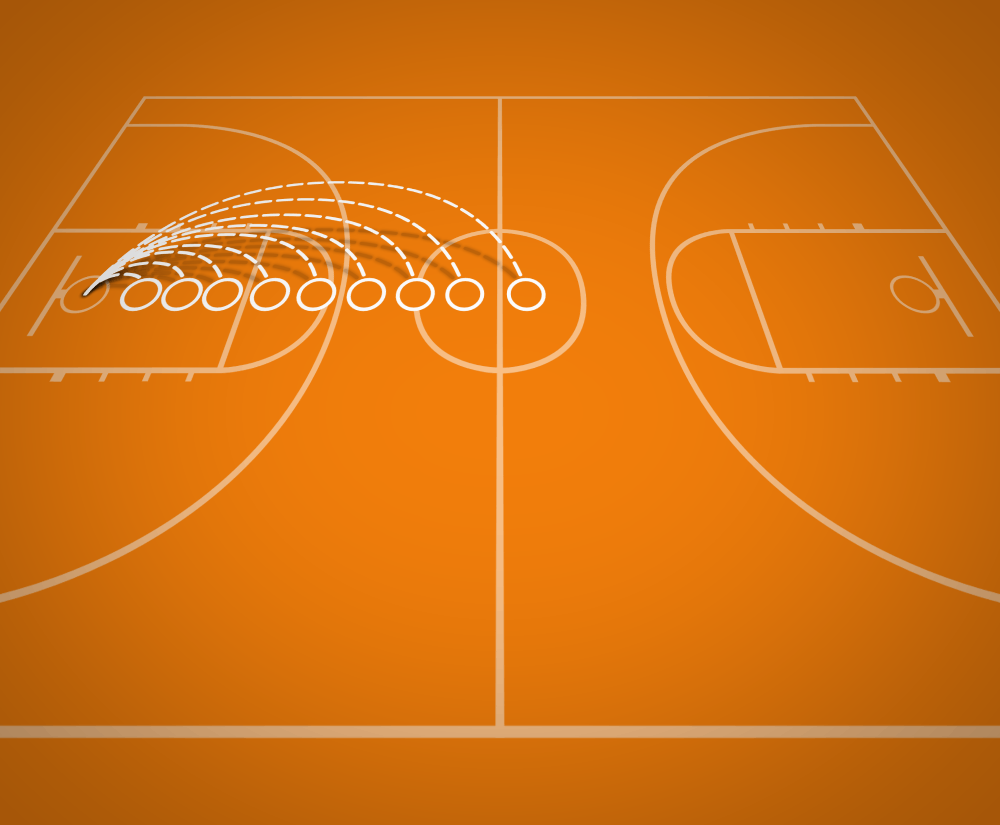 This shooting drill both hones a player’s accuracy, as well as, stretches out his range.

His accuracy is trained due to the fact that this drill focuses on a player’s ability to continually shot the ball straight, rep after rep, from a straight on angle so that it is clear to the player’s eyes when the ball deveiates from a straight path.

Additionally, this drill stretches out a player’s range by forcing him to shoot successfully deeper and deeper shots.

The player starts the drill by making the first shot with perfect form and swishing the ball through the net.

Once the player makes a shot, he is then allowed to take one step backwards away from the hoop while keeping on a straight line. Players can not take a step back to the next stage until they have made the shot from each distance.

The player then repeats the process; make a shot and take a step back. There is no reason to rush through this drill due to the fact that the player needs to have intense focus on the accuracy of his shots.

At each stage, the player focuses on his form to ensure that the ball is released on a perfectly straight line towards the center of the hoop.

Eventually the player makes his way behind the three point line where he can take 1-3 steps back per shot until he has made a shot from half court.

Ultimately, the player’s accuracy has been thoroughly trained and his range has been stretched all the way back to the half-court distance.