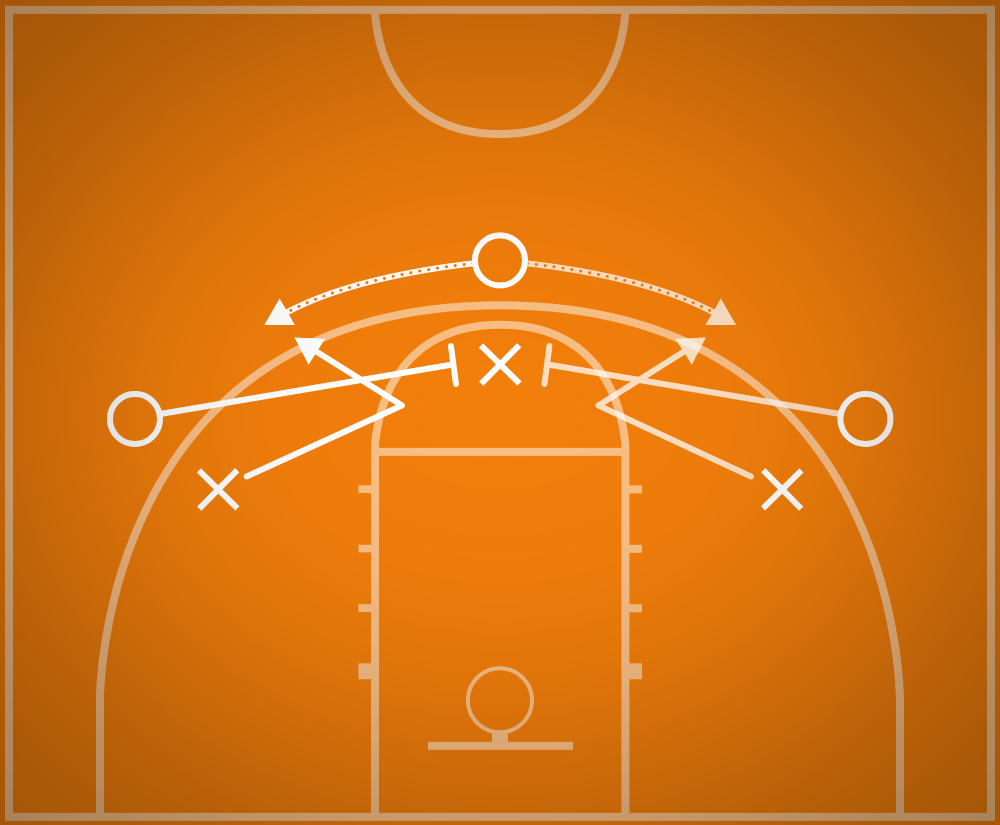 Three offensive players line up along the three point arc in the point guard position and the two wing positions.

The purpose of the Switchblade Drill is to teach defensive players how to work together when the offense is employing picks against them.

In this drill, every pick should be met with a switch response where the defensive players trade, or switch, who they are guarding.

Repeatedly emphasizing how to switch in a response to a pick will prepare your players for how to respond in a game situation.

The defensive players, in turn, should respond to each pick with a verbal “switch” call so that they can work together in order to know when they are switching.

When a player gets picked, he will switch to guarding the player that set the pick on him. When a player is guarding someone who sets a pick, they yell “switch” and begin to guard the person who was being guarded by the player who got picked.