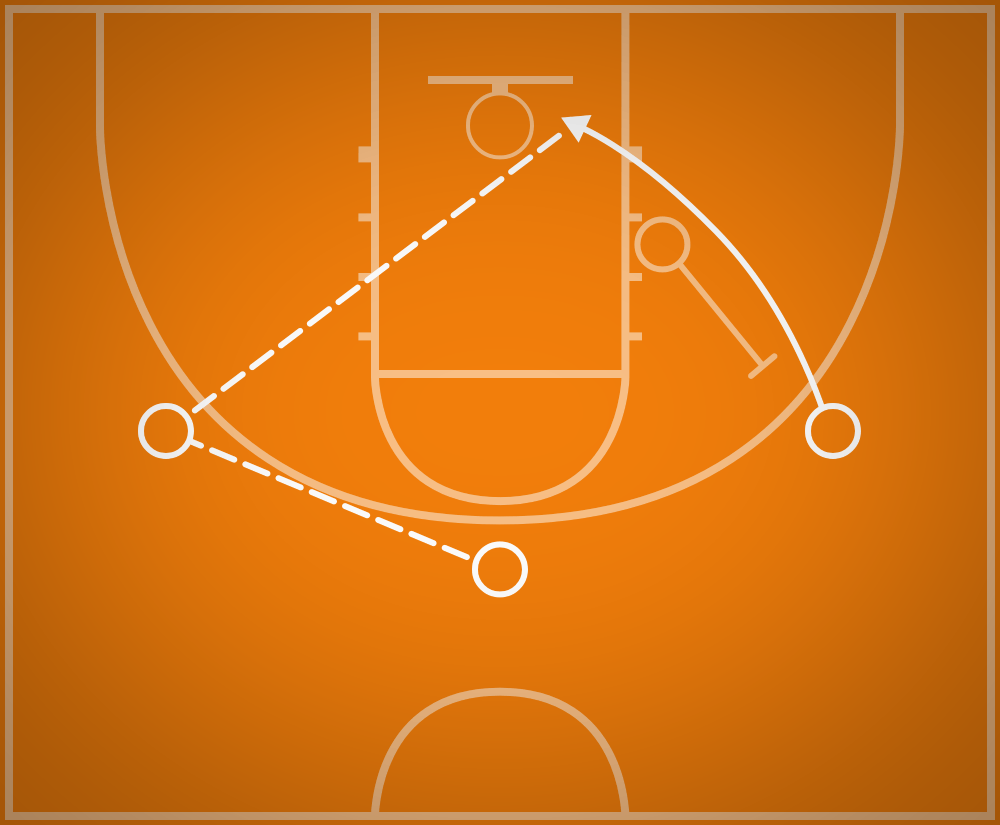 Three offensive players are required for this drill spaced out as three guards along the three point line with the point guard starting with the ball at the top of the key. Optionally, a fourth player in a post position can participate in the drill.

An Alley Oop can be performed as a set play piece that can be an effective way to sneak an easy basket when your team works together with good timing and precision.

The point guard should begin the drill by passing the ball to the side away from where the Alley Oop will be performed. Once the pass has gone to the left. The wing on the right should make a break towards the hoop. Optionally, the post player should come to set a pick on the defender guarding the wing in order to give him more space to receive the pass and finish the Ally Oop.

When effectively executed the drill can translate into a straightforward play that can be called on game day to get a flashy bucket for your team.

Even though the Alley Oop is an advanced maneuver, you can still do this drill with players who are not capable of actually dunking the ball. Catching the ball in the air and laying it up off of the backboard and into the hoop still garners your team the same two points that a slam dunk would.

Not only is the Alley Oop an incredible fun and flashy technique, but it can also be an effective way to get a bucket when performed with the appropriate teamwork and technique.