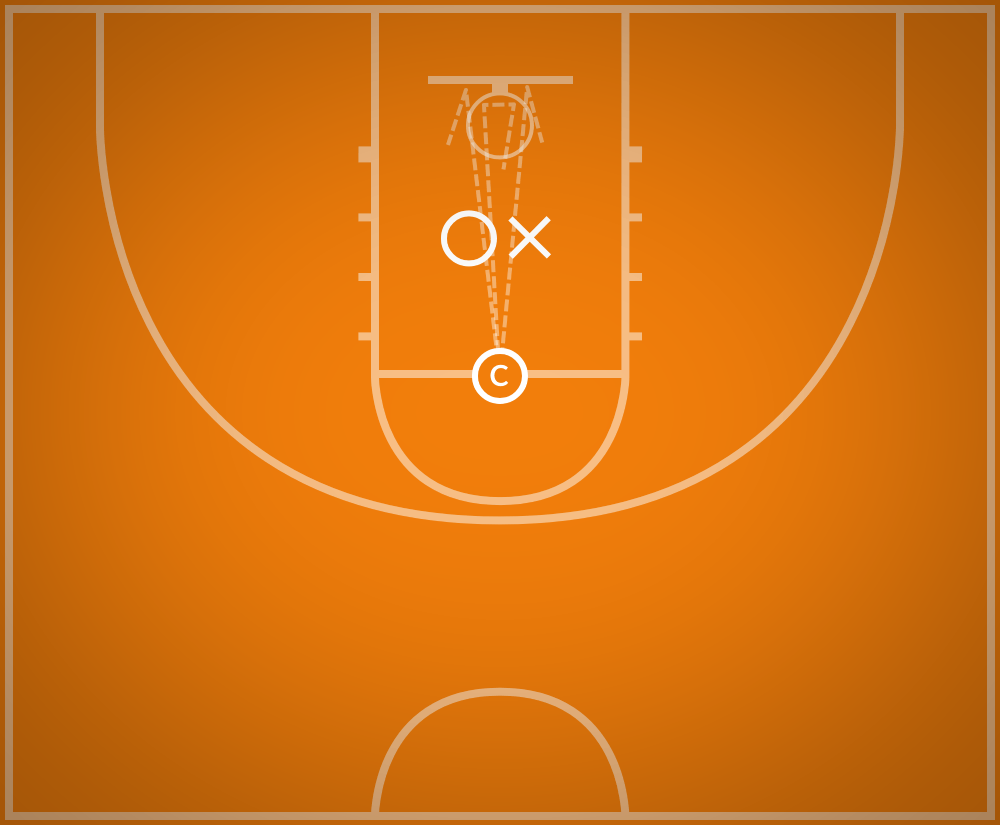 This drill strengthens the reaction time of players while rebounding shots under the basket. Not every defender will see every shot as it is being released from the shooter’s hands. This drill focuses in on the times where players only have a split second to react to the ball when they see it bounce of the rim and backboard.

Once the players are in position facing the backboard, the coach will throw the ball towards the backboard attempting to miss the shot, but still make it close enough that it has a realistic bounce from an attempted shot. They key to this drill is that the coach does not announce that he is about the shot the ball so that they players have very limited time and information to react.

The players await the shot and quickly react to the trajectory of the ball after it has already flown over their heads. They then react to the ball and fight for the rebound. It is important to note that they are not allowed to move or box each other out until they have already seen the ball as it flies in front of them near the hoop.

The coach can rapidly iterate through the drill by throwing up shots from various places on the court behind the players so that they get variety of angles and speeds from which to rebound.