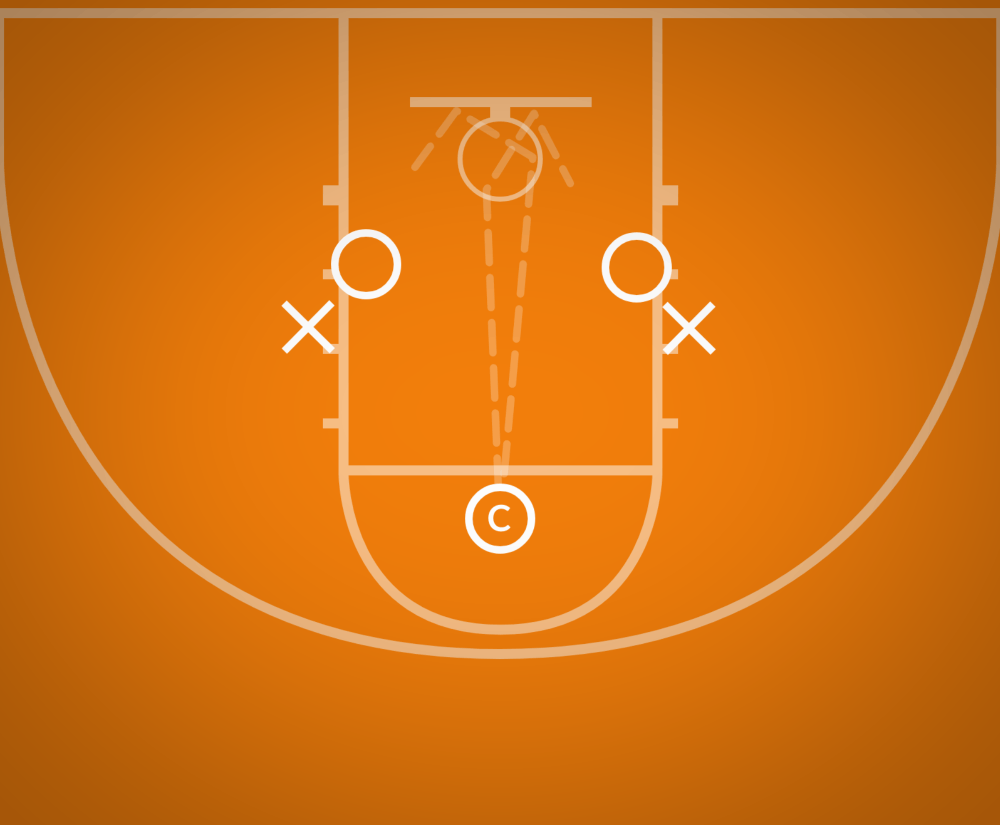 Four players partner up into two groups of two. Each group takes their own side of the key. One player gets to line up in front of the other player in each group. The players in front are in position to block out their opponent behind them. A coach stands near the free throw line with a ball ready to shoot.

Getting more rebounds is the most effective method to gain possessions of the ball and limiting possessions for the other team. This drill teaches to proper technique block the other team out from getting in good rebounding position under the rim.

The coach begins the drill by shooting an intentional miss so that the ball will bounce of the rim and/or backboard so that the players will fight for rebounds.

This drill teaches two rebounding skills. First and foremost, it teaches the closest players how to use their arms and rear end to block out the player behind them. By staying in between the basket and their opponent, it will give them a significantly better chance of securing the rebound. Secondly, this drill teaches the players in the back how to fight around closer players and crash the board in order to get a rebound despite having the disadvantageous starting position.

This drill will get your players competing against each other and channel the lessons learned on the board against the other team in the next game.