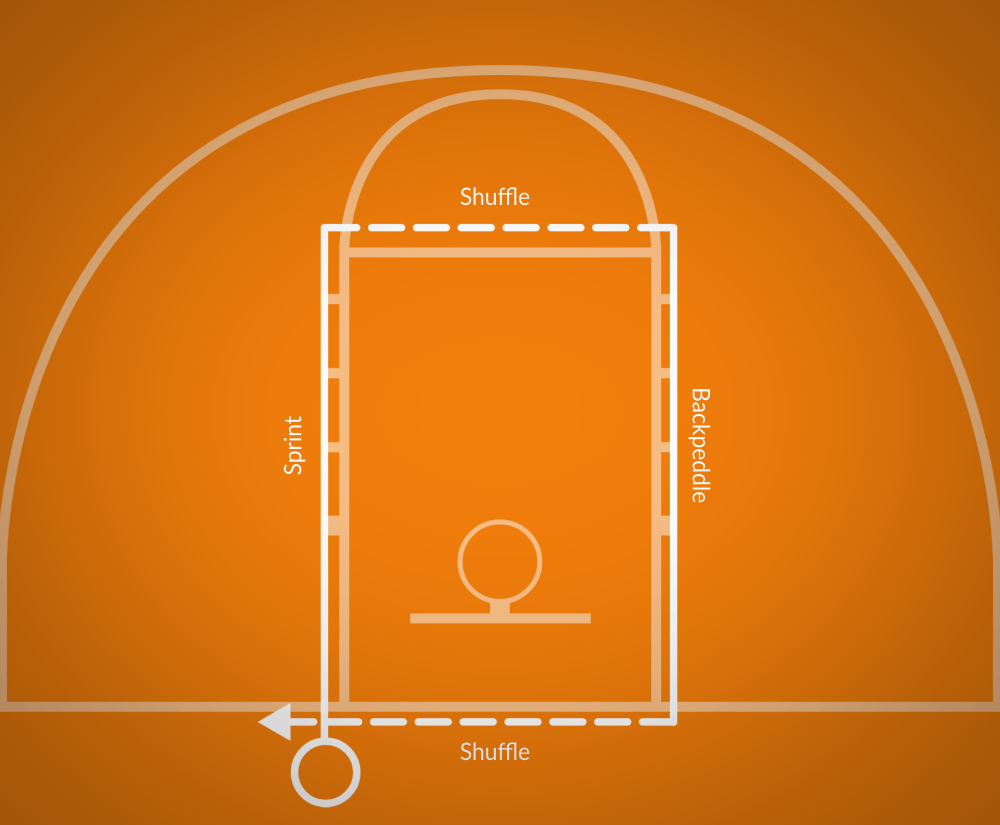 Players line up at the bottom of the key behind the baseline, even with one of the sides of the lane.

This agility drill teaches players how to move quickly through the court while employing different types of footwork and movement.

Players begin the drill by sprinting down the side of the lane around to the first elbow.

After getting to the elbow, players then break down and shuffle horizontally across the free throw line to the other elbow.

Once rounding past the other elbow, players than transition to a back peddle, staying low to the ground and not over extended, until they reach the baseline.

Finally, players shuffle horizontally across the baseline back to where they originally started.

Make sure that players are not crossing their feet during the shuffle part of the drill and are instead staying in a nice low athletics stance.

You can send the second player out once the first person reaches the second elbow, and all remaining players go out once the previous person crosses their face through the finish line.

For an added component of this drill, have the players dribble a basketball throughout the course which will give them practice dribbling the ball while having footwork that they don’t normally utilize while dribbling.