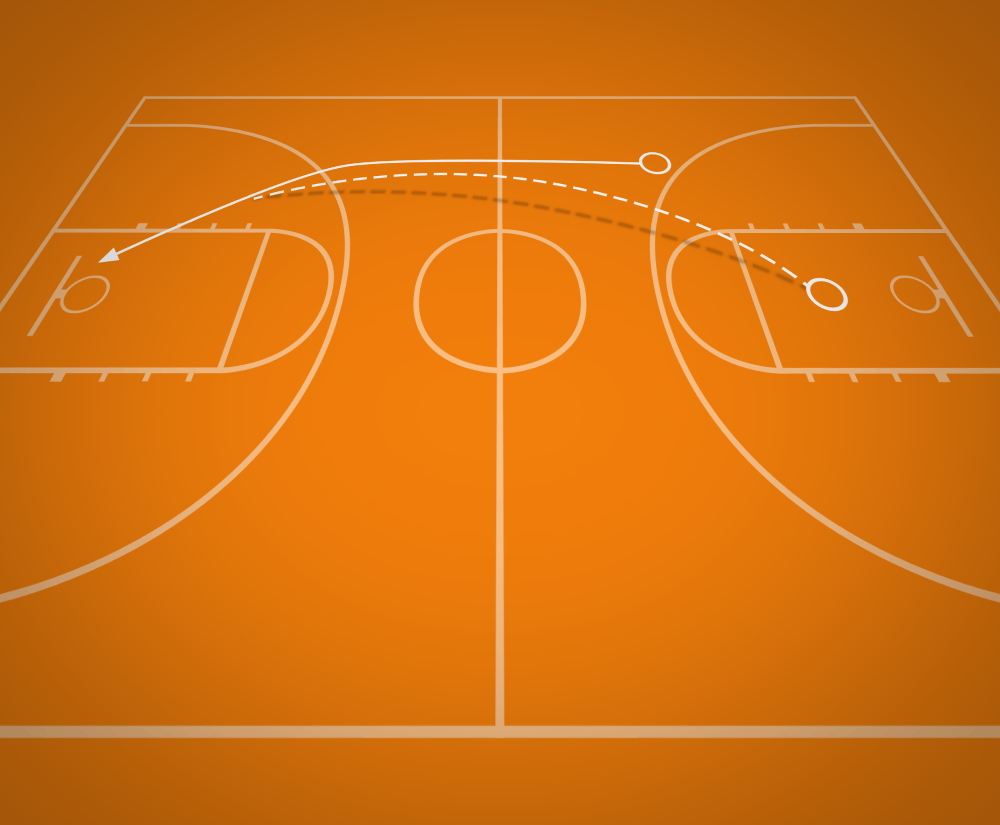 One player stands with a ball, like a Quarterback, in the middle of the lane. Another player lines up on the three point line as if he is a Wide Receiver. They are both facing towards the far end of the court.

This drill simulates a fast break opportunity where your team gets a defensive rebound and has a fast player sprinting down the court ahead of everybody else. A long overhead pass, if accurate, can get your team a quick and easy layup on the other end of the court.

The player holding the ball says “Go!” (or if you really want to embellish the football aspect of the drill, he says, “Down, Set, Hut!”). Once the signal is given the other player begins sprinting down the court, almost as if he is running a football “post” route, with an angle towards the hoop.

The player with the ball must throw an overhand pass, either one handed like a Quarterback, or two handed like a soccer player.  The key with the pass is to through the ball far enough in front of the teammate that he doesn’t have to slow down to catch it so that he can maintain his distance behind the defense. This is what Quarterbacks, like Tom Brady, call “leading the receiver.”

The Receiver then catches the pass and finishes with a layup on the other end. If the pass and catch are good enough, the receiver may not even need to dribble in between catching the ball and finishing the layup.

Setting this drill up as if it is a football play can add an extra dynamic of fun to the practice while still simulating a very real basketball situation. The key is in throw, so training up some Quarterbacks and Receivers in practice can lead to buckets on the court.