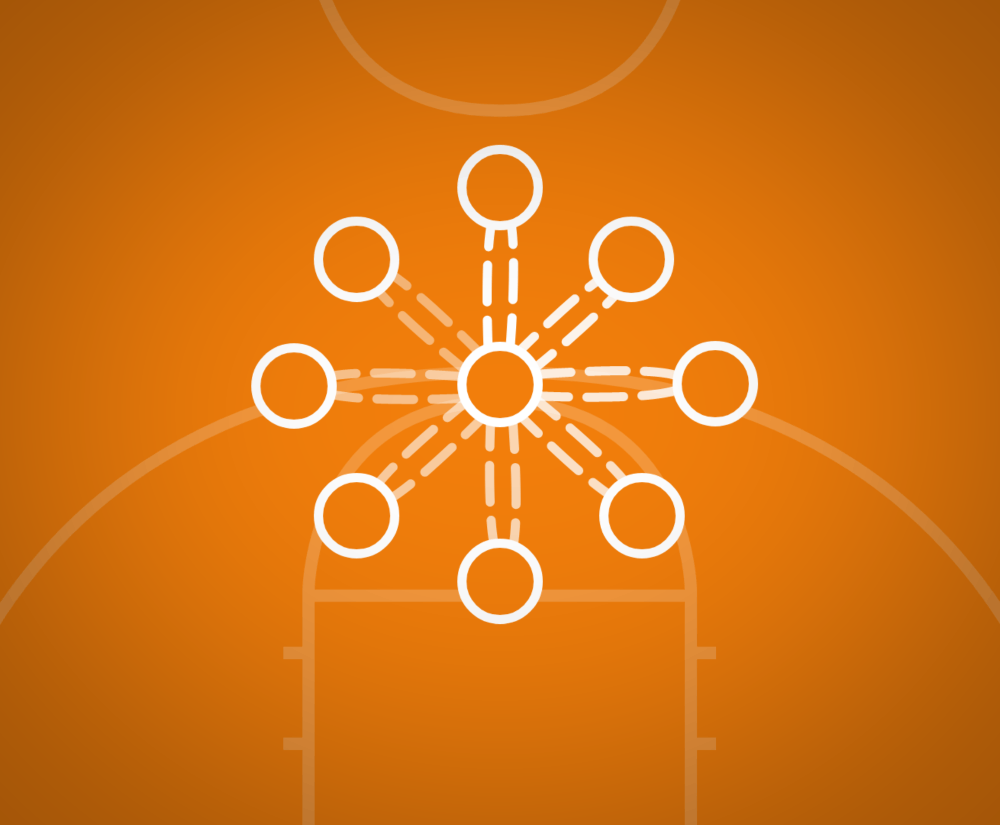 All players except one get in a circle with a diameter of about 20 feet. One player stands in the middle with a basketball.

This drill gets the team passing the ball with ever increasing quickness pushing players to the bounds of the pass and catching abilities.

In addition to making an accurate pass, players also need to be aware of where they are supposed to pass the ball to help them build awareness for where the ball needs to be passed in a game.

The drill begins when the player in the middle passes the ball to the first person in the circle. As soon as the player catches the ball, he immediately passes it back into the middle as fast as possible.

Upon receiving the pass back to the middle, the player in the middle passes it back out to the next person in the circle (in a clockwise order, of course).

This pattern is continued in a clockwise order until the player has passed the ball around the circle twice. Then players rotate and another person jumps into the center to start it over again.

To ramp this drill up to an extreme difficulty, add an additional ball. The player in the middle will pass his ball to player number 3, while player number 1 simultaneously passes another ball to the middle. This requires the player in the middle to rapidly catch and pass the basketballs at an incredibly quick rate. For the two ball version to work, players must keep both balls in unison, making sure that all passes are released synchronously.