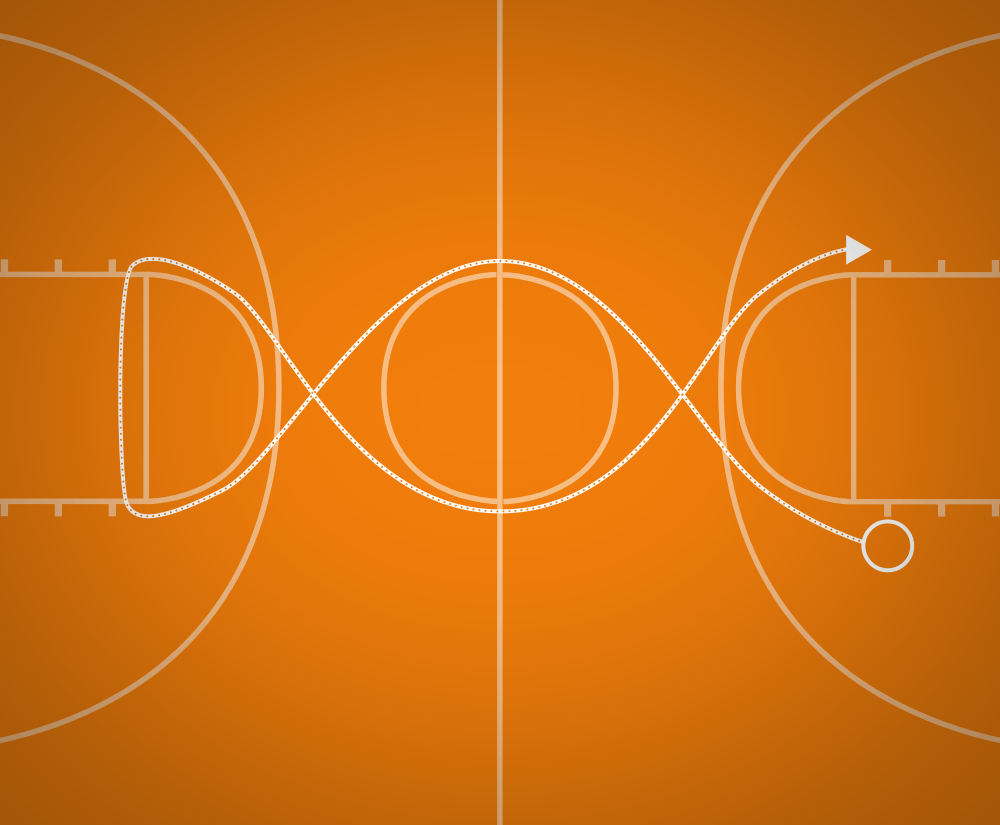 Players line up one at a time at outside of the lane even with the free throw line facing mid court with a ball in their hand ready to drill.

Learn to dribble the ball at high speeds while making wide and tight turns.

The player will dribble the ball in a double loop path using the lines that are painted on the court. Players will dribble around the top of the key and begin a figure eight pattern around the mid court circle.

Players should turn as tightly as possible around the curves without stepping on any of the lines.