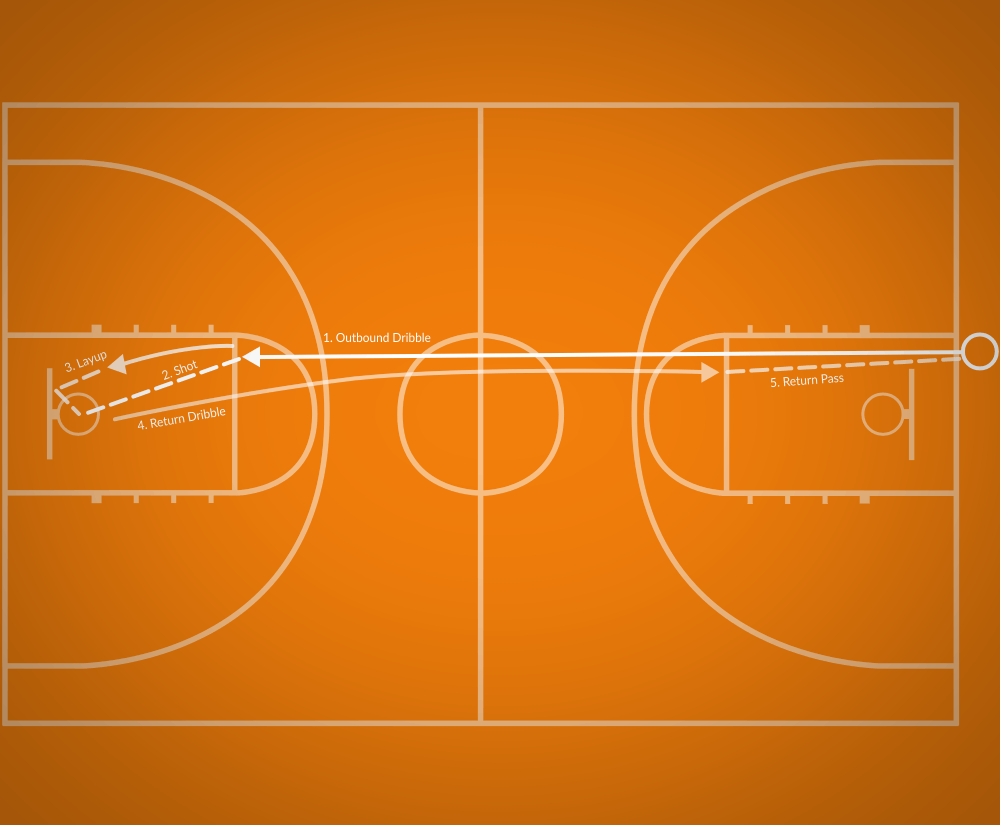 Players get in relay teams and position themselves along the baseline. Teams should be evenly distributed across the line and with an even number of players. Only one basketball per team is necessary for this drill.

Basketball is a competitive game, so any way to incorporate competitive ways to work on the fundamentals of basketball can be an important building block of any practice. This drill touches on just about every fundamental concept of the game in one packaged competitive format.

This drill is run like any of the other relay race drills, with the addition of multiple basketball fundamentals broken down into 5 components.

Step 1: Players dribble as fast as they can to the far free throw line.

Step 3: After rebounding a successful shot, they then have to make a layup.

Step 4: Return to the free throw line on the original side of the court.

Step 5: At the free throw line, players pick up their dribble and pass the ball to the next player on the team.

The first team that passes the ball back through to the original player on the baseline wins the competition while the coaches are happy to sneak in a fun way to work on  conditioning and all of the basketball fundamentals in one fun drill.