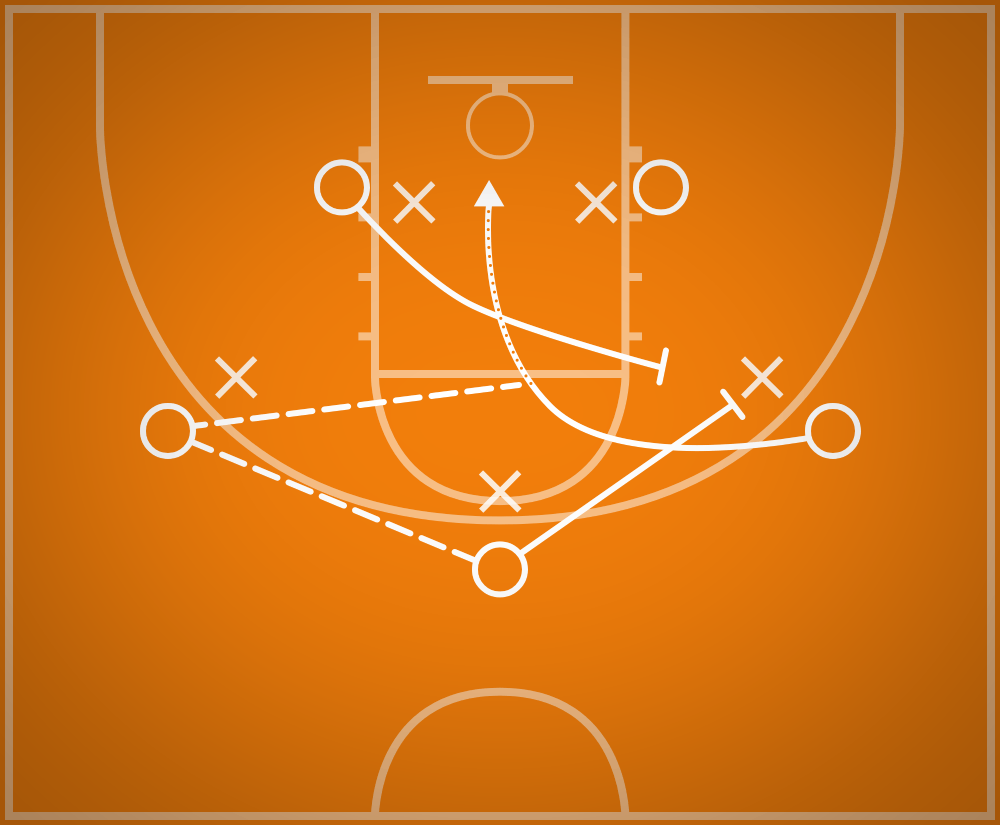 The entire team of players takes the court in a full 5 on 5 player offensive lineup. Optionally line up 5 defensive players in a man-to-man defense. This drill will work much better when your team can see how to place the picks against real defenders.

This is an example of a good to run against a man-to-man defense. By having your team execute this double pick play, your players will be able to see how then can execute a strategy together in order to create an open look at the basket for their teammates.

The right wing, then comes over the top of the pick towards the center of the court.

The post player on the left side of the key, also goes to set a pick for the wing player. This second pick will take place somewhere around the elbow, after the defender has made it past the first pick from the point guard.

The left wing, who is now holding the ball, passes the ball back into the opposite wing who is now flashing through the center of the lane. He then takes the ball for a layup, or passes it to the right post, if he is open on the block.

Note: This play works best against a man-on-defense due to the fact that the double pick maneuver is attempting to target the defender chasing after the wing player.