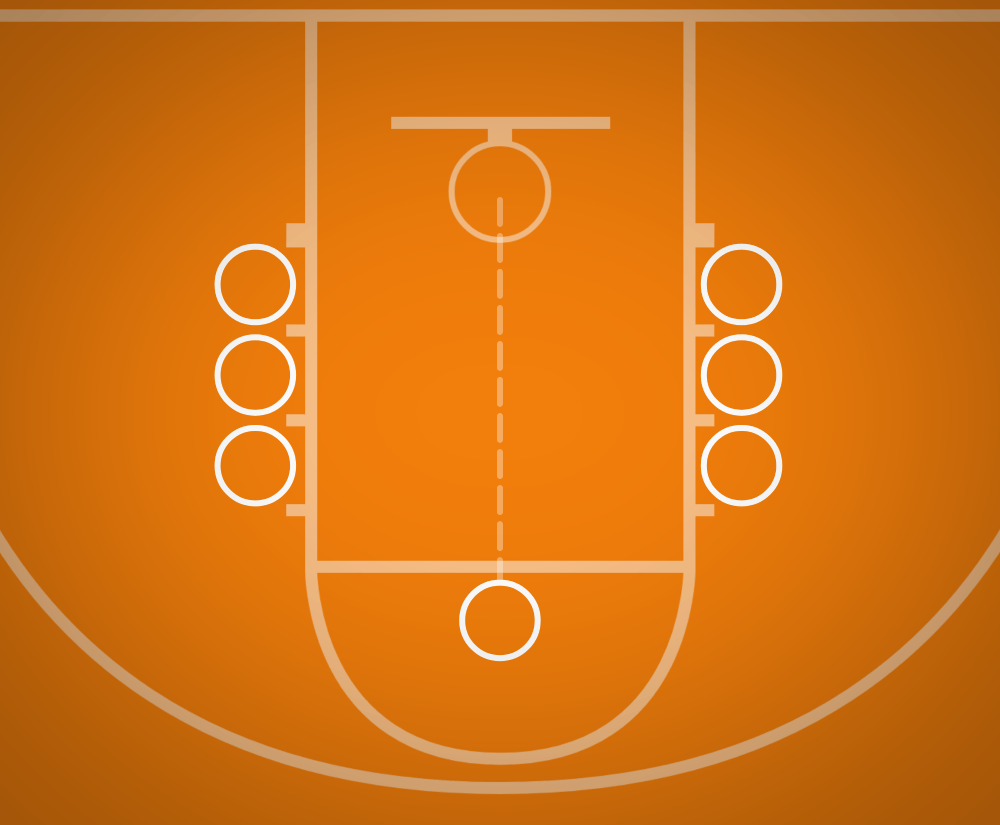 Players line up in the standard free throw formation with one player shooting and the rest aligned in each of the slots along the key.

Rebounding is a key component of gaining possession of the ball. This drill teaches player the techniques and skill needed to compete for rebounds during a free throw shooting scenario.

Simulate the typical free throw scenario that your players will encounter many times throughout each and every game they play. One player shoots the ball will all other players compete for the rebound. Although a game scenario would have half the players on one team and half on the other, this drill is an all-out free-for-all where every man is for himself competing for the ball. Facilitate competition by instructing players to fight for the ball.

After each shot players will rotate in a clockwise fashion around the key so that all players get experience from each slot position.

This is also a good practice situation to coach your players up on how to more effectively block out the defenders behind them in order to get in good position to rebound the ball. Conversely, it will also provide good experience from the players in the back slots to fight around someone trying to box them out.