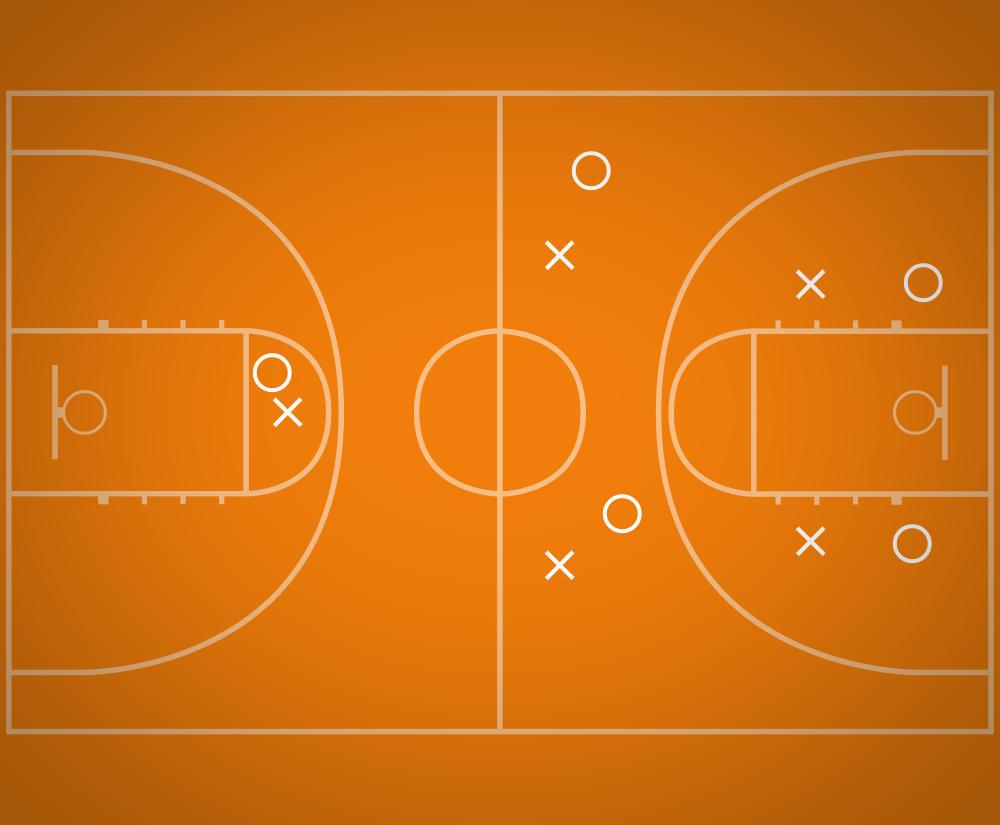 This drill consists of a full 5 on 5 situation in which the offense is passing the ball in from their own baseline and has to make the way all the way through the court. The defense lines up in a 2-2-1 full court press formation in order to put pressure on the defense throughout the entire court.

There are many occasions throughout a game in which it could be wise for a team to deploy a full court press. One such situation is if a team finds itself down on the scoreboard and wants to use a full court press to put pressure on the other team and attempt to change the momentum of the game.

The full court press can be risky due to the fact that it pushes defenders up court and exposes area close to the hoop, but it can be an effective way to force the issue and gain a few turnovers before the other team even has a chance to get the ball down the court and take a shot.

The offense begins the drill by passing the ball in from the baseline. The goal for the offense is to get the ball all the way down the court without making a turnover. Once down the court, they attempt to score a basket.

The defense attempts to work together to put as much pressure on the offense as possible. By pressuring the offense, the hope is that they will be able to force a turnover in order to get the ball back before the offense even has a chance to shot.

Teams that practice deploying the full court will have a new tool in their arsenal to change the momentum of any game.