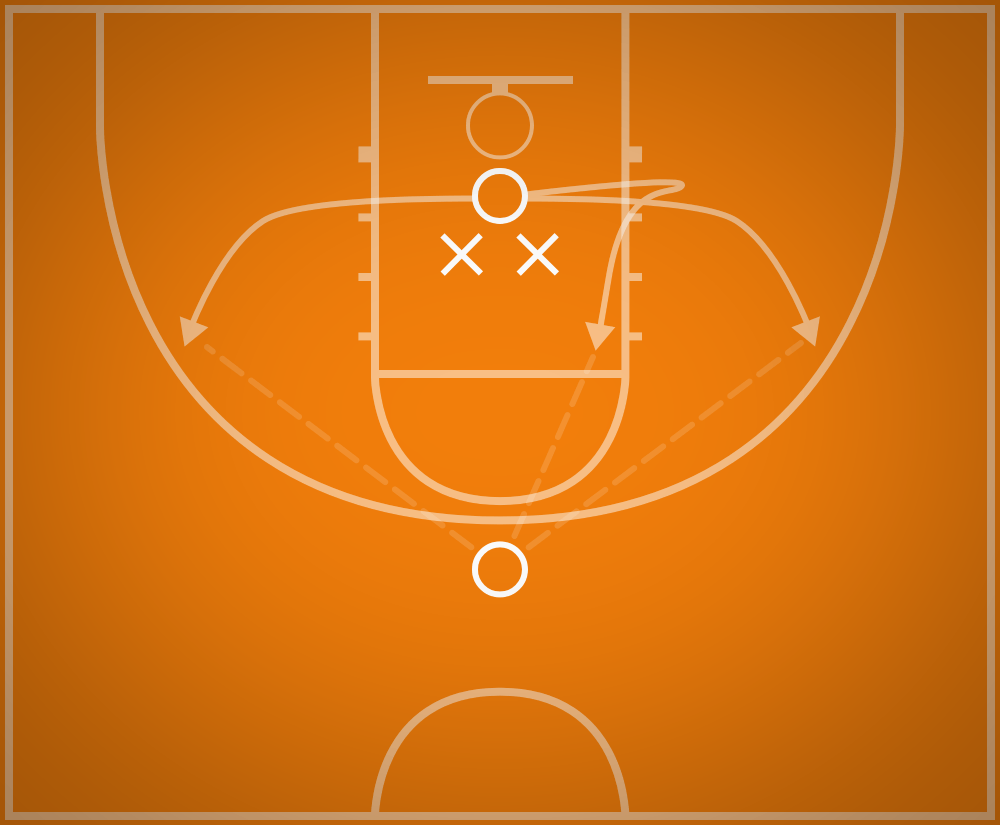 One offensive player has the ball up top in the point guard position. The other offensive player is the one who needs to “get open” as the drill’s name describes. He will line up in the middle of the paint, slightly in front of the basketball hoop. Two defenders stand close to the “get open” player in a tight defensive position.

Talented players will often times find it difficult to get the basketball due to the fact that defenses will start to target them in an attempt to keep them from receiving passes from their teammates. The Get Open Drill pits offensive players against two defensive players in a situation where they will need to break free from a double team in order to get the ball.

The point guard begins the drill with the ball in his hands, however, he is not allowed to dribble at all in this drill. Instead of dribbling, his sole focus is on cleanly distributing the ball to his teammate who is trying to get open via a pass.

The offensive man in the key is the primary player in this drill. He is having to get creative to find a way to get open despite the fact that two defenders are front guarding him. He can work the full width of the court to get open, he can even come forward towards the point guard.

The two defensive players work together to do whatever it (legally) takes to prevent the offense from making a clean pass. For the purposes of this drill, they don’t have to worry about any points being scored on them, so they only need to be concerned with staying in between the player and the ball in order to prevent the pass from getting to him.