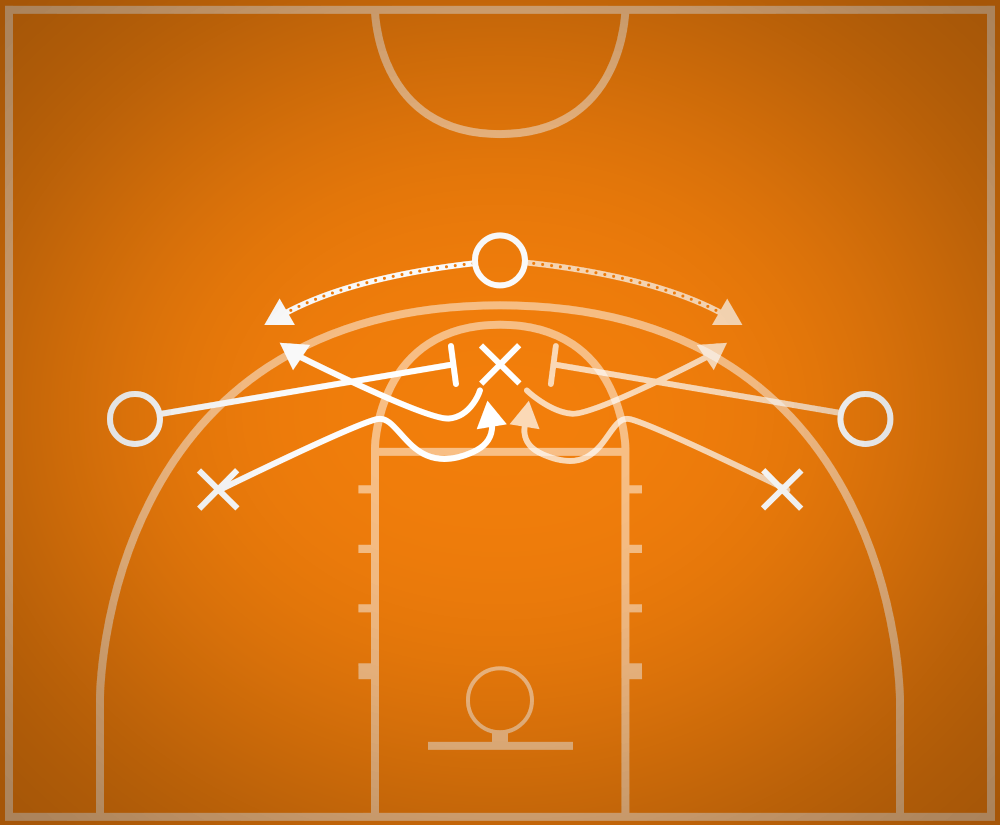 Three offensive players line up along the three point arc in the point guard position and the two wing positions.

The purpose of the Get Through Drill is to teach defensive players how to work together when the offense is employing picks against them.

Unlike the Switchblade drill where defenders switch whenever there is a pick. The Get Through drill teaches defensive players how to fight through picks without switching the man that they are guarding.

Repeatedly emphasizing how to get through a pick will prepare your players for how to respond in a game situation.

The defensive players will have to properly respond to the picks in order to keep up with the guy that they are guarding.

If an on-ball defender gets picked, he must fight over the top of the pick to stay with his man.

Whenever an off-ball pick is set, the defender guarding the pick man should yell “Get through” and create a space in between himself and the pick man for his teammate, who is getting picked, to get through the pick.