Give and Go Drill 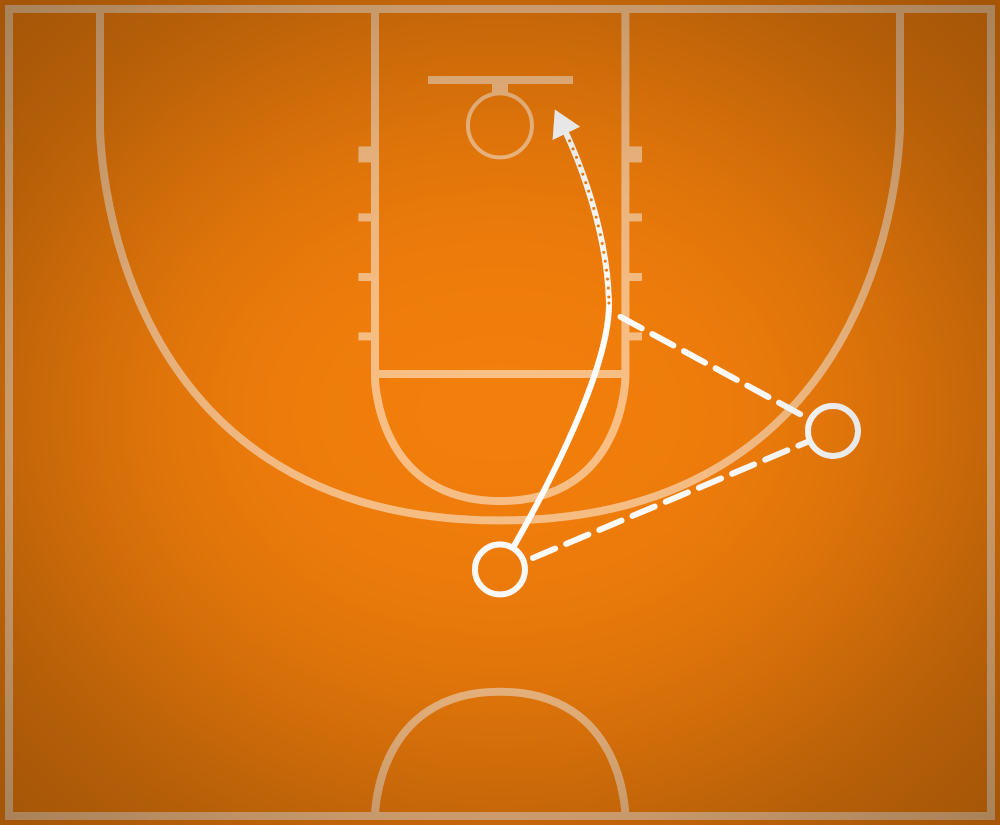 The purpose of this drill is to instill the “give and go” technique into the mindset of your players. Depending on the skill level of your team, this technique can either be deployed organically during the course of a game, or as a very simple play that can be called specifically at opportune times.

In practice, this is a very simple technique due to the fact that there are only two passes involved. The point guard passes the ball to the wing quickly followed by running towards the hoop through the side of the lane that the pass went towards. The wing will then pass the ball back to the point guard as soon as he receives the original pass.

Although it is simple in practicality, it is also a somewhat advanced concept that generates results across all levels of basketball, even in the NBA. Steph Curry often utilizes the give and go in order to find ways of getting open for more shots on the court.

Strategically speaking, the Give and Go is a great way to catch defenses sleeping. Many defenders will relax for a split second after their man has passed the ball away. This is the perfect opportunity to attack this tendency and sprint towards the hoop immediately after your pass the ball with the hope that you will get an extra step on the defense and find an open lane toward to rim.