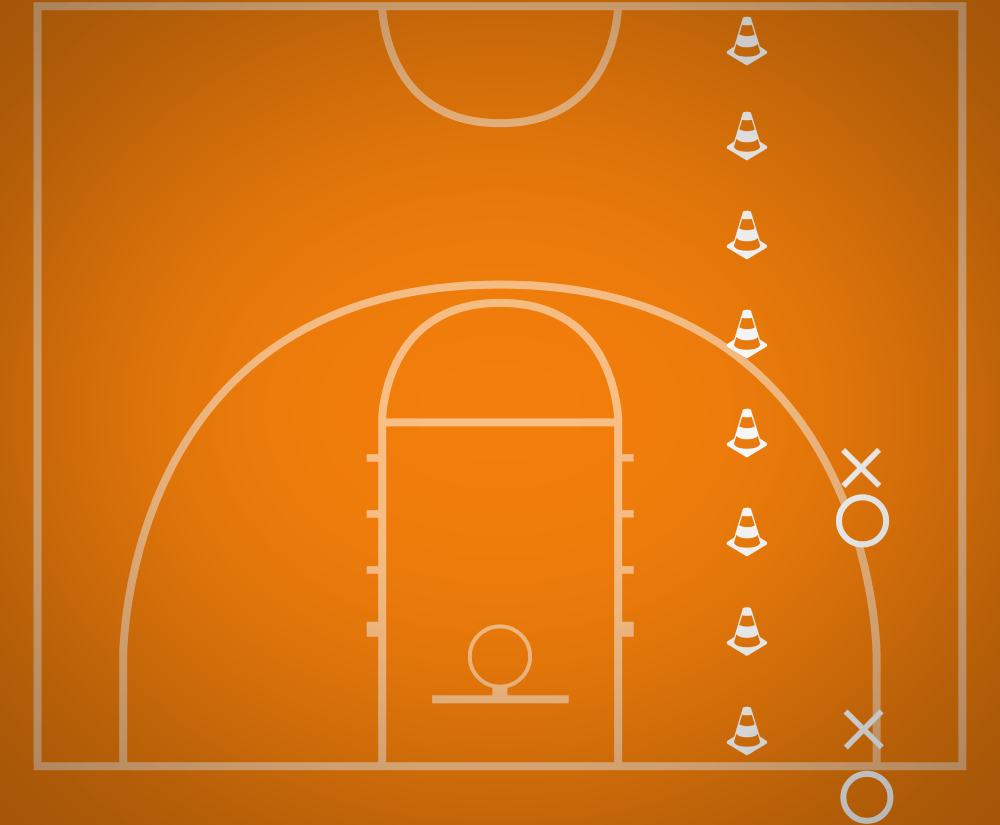 Line up a side boundary of cones spaced directly in between the side of the lane and where the three point line intersects the baseline. This will create the space that players are allowed to use during this drill in between the line of cones and the sideline.

Four total players take the court for two on offense and two on defense.

The ball starts behind the baseline where an offensive player will need to pass the ball into his teammate.

This drill teaches players how to work the ball up court against a defense when they only have a limited amount of space to work with on the side of the court.

This simulates a scenario when the defense is applying pressure to the back court and preventing the offense from easily getting the ball past half court.

So, the drill should begin at the baseline, passing the ball in from out of bounds.

The two offensive players must then work together to get the ball past half court before the time allotted runs out. The defense tries as hard as they can to prevent the offense from working the ball up the court.

The coach should count to eight or ten seconds in order to give the offense a time limit for how fast they have to get the ball up court before the ref would blow his whistle for a change of possession.