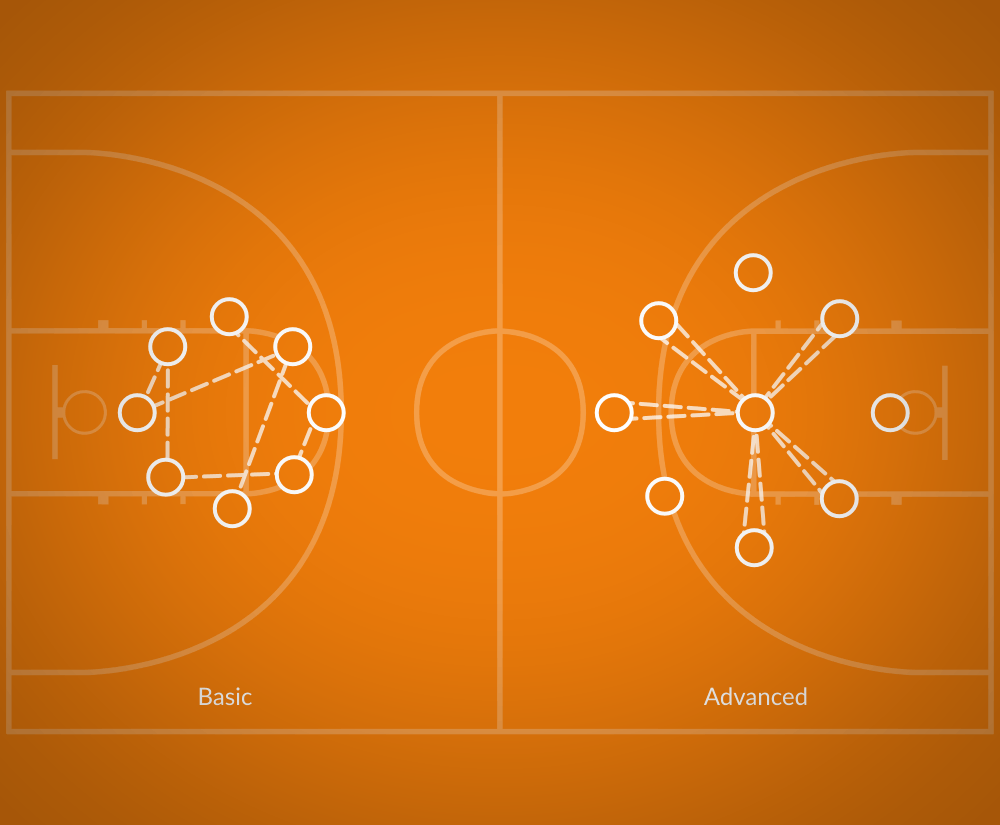 Players space out from each other in a circle formation. The basic version of the drill only has one (or two) balls in the circle. The advanced version gives a ball to every player in the circle except for the center player.

Although named after a very simple children’s game, the Hot Potato Drill increases the awareness of your players while simultaneously improving their passing ability.

Being able to keep your eyes on a swivel and quickly adjust to changing circumstances on the court is key to building good basketball awareness and being able to tackle any kind of situation on the court.

Basic version: Players begin passing the ball around to random players in the circle. All players must be aware of where the ball is at all times so that they will be able to catch it. To slightly increase the difficulty, consider adding a second ball so that there are two balls flying around simultaneously.