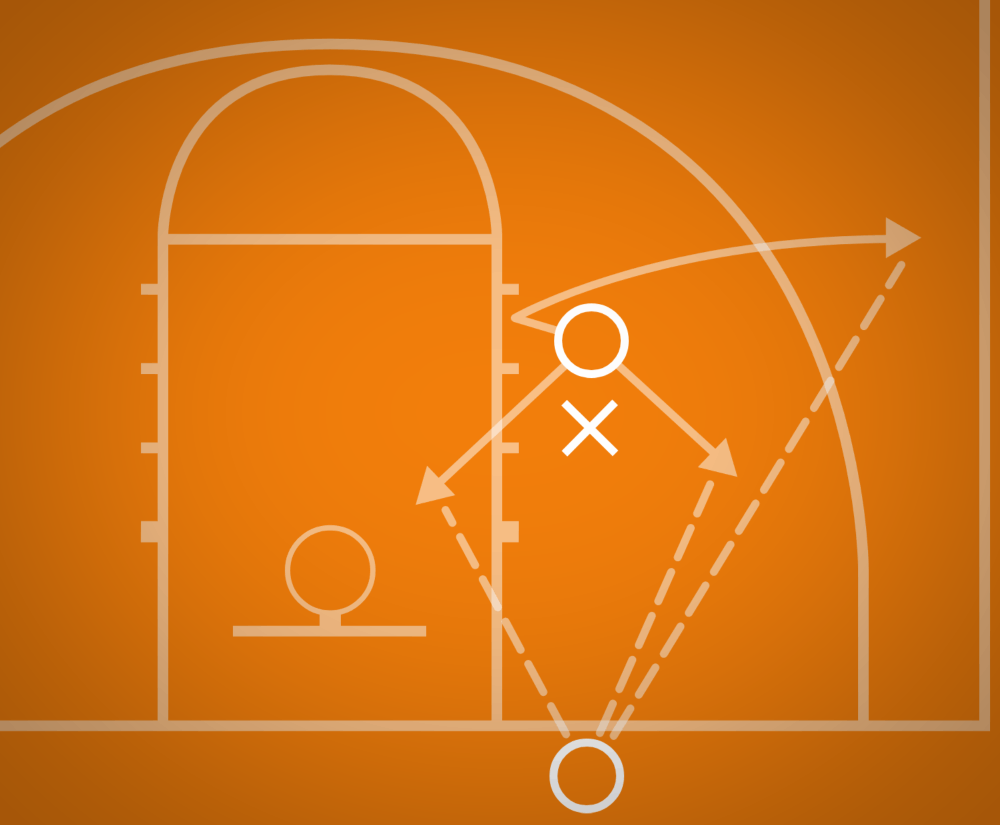 One player prepares to pass the ball in from out of bounds on the baseline. Two players are out on the court with one on offense and one on defense.

Getting the ball onto the court with a successful pass is the first hurdle of every single offensive possession. Some teams and some situations will make it more difficult to make the initial inbounds pass, so it is critical that your team prepares for how to best pass the ball in from the sideline.

This situation requires teamwork between two players. Both the passes and the receiver have to work in tandem in order to avoid a turnover and pass the ball out in time.

The coach (acting like the ref) hands the ball to the passer on the baseline and the drill immediately begins. The coach should only allow the passer to have five seconds in order to simulate the pressure of a game situation in which the ref will call for a turnover if the team takes more than five seconds to pass the ball in from out of bounds.

The offensive player on the court needs to work in order to get open. Most often that means cutting at a diagonal angle towards the ball. Other times, he will need to make quick lateral cuts in order to make space between himself and the defender in order to find an opening to receive a pass.

The passer needs to make sure that he can get the ball in cleanly to his teammate before forcing a pass so that the ball doesn’t get knocked away and taken by the other team.

This drill also gives work to the defensive skills needed to guard against the inbounds pass. The defender should line up directly in front of the offensive player that he is guarding so that he is inbetween him and the guy passing the ball in.