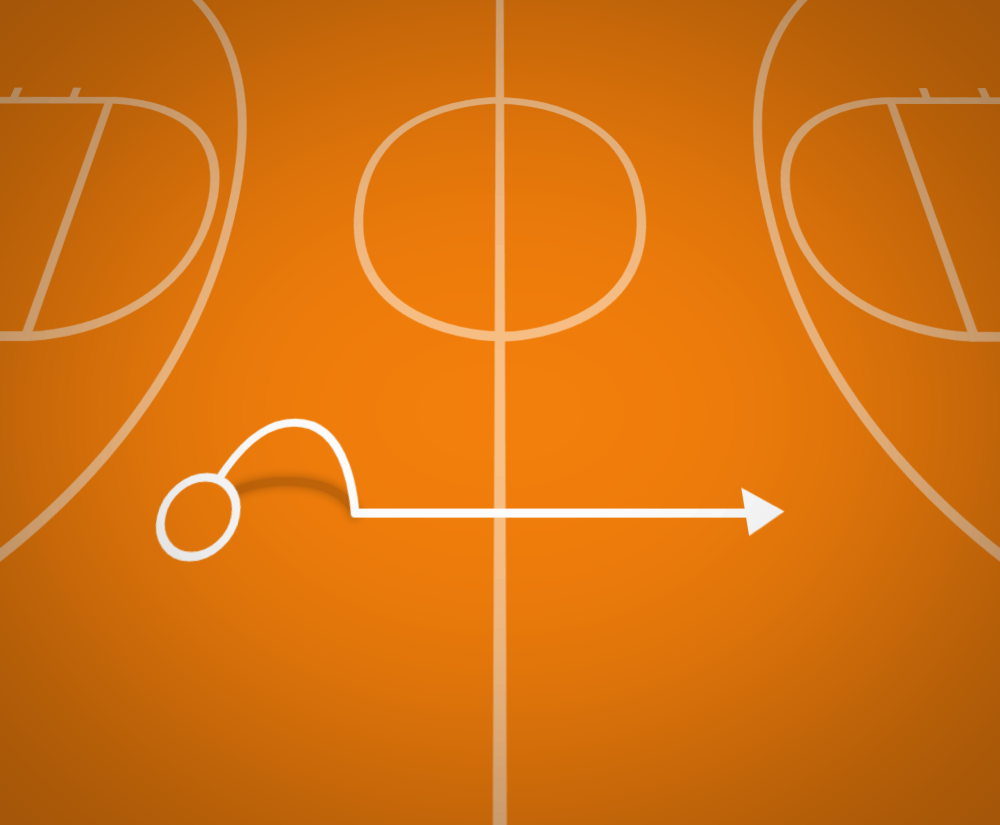 No setup is needed other thank finding a length of open court that players can run down.

This is a physical performance drill that works on one of the most common athletic maneuvers performed on any basketball court. Not only do players need to jump high to compete from rebounds, steal passes, and block shots, but they also need to be ready to accelerate down the court after they land. This drill focuses on both the jump as well as the acceleration.

Many players can jump high, but not all have the muscle memory to quickly explode down the court upon impact. The Jump and Go Drill helps instill this ability in players.

Players begin the drill by jumping as high as they can. The jump should barely take them forward any, if at all. The focus of the jump should be on height, not distance.

The key of the drill comes upon the landing of the jump. As soon as they hit the ground, players should immediately explode into a sprint down the court for 10-20 feet.

The burst of acceleration after landing can give players a significant head start when chasing down lose balls and getting in position.