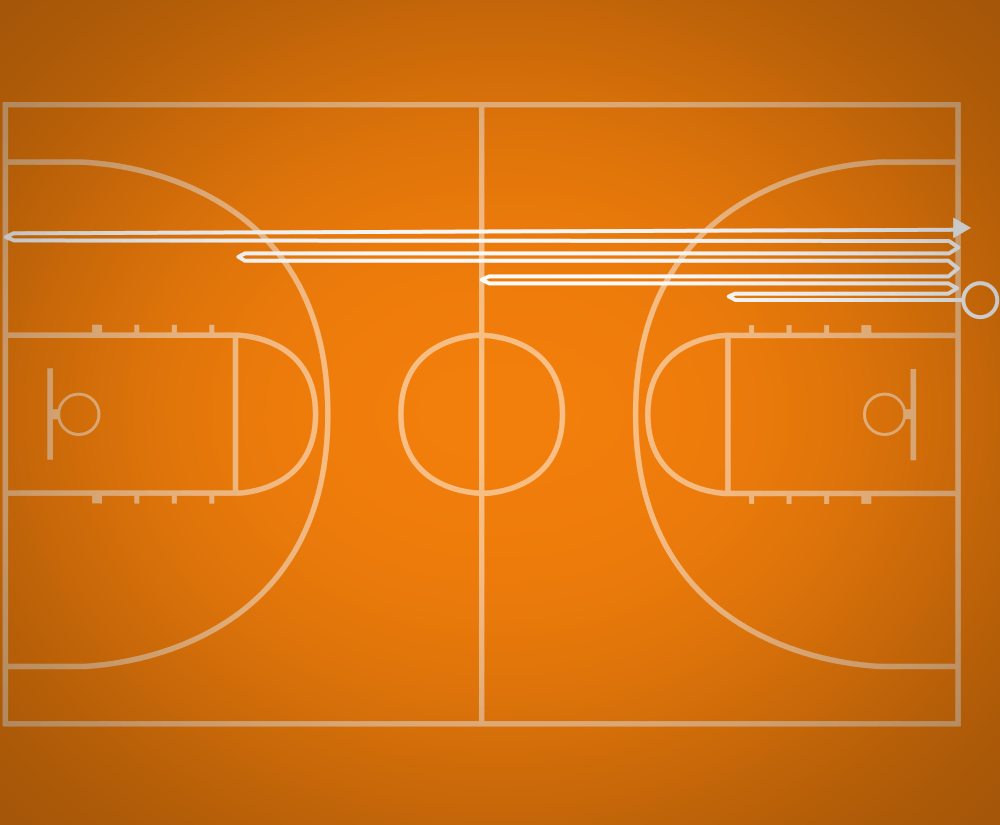 All players stand across the baseline on one side of the court, spaced out across the entire baseline.

The sport of basketball has a lot of running up and down the court over and over again, possession after possession. The Ladder Drill hones in on this exact physical feat by forcing player to constantly change directions a total of seven times throughout this conditioning drill. This is a great way to combine both agility and conditioning into one single drill.

When a player gets a a line, they must touch it with their hands and then explode out back the other way. This incorporates and agility explosion in the midst of this otherwise grueling conditioning drill.

Players run in progressively longer chunks up and down the court as they change directions while maintaining a speed that is close to a sprint. Each chunk is like an additional rung of a ladder, hence the name of the drill.

Fun fact: A variation of this drill was featured in Michael Jordan’s “The Last Dance” documentary. Which 1990’s Bulls player do you think was finishing in first every time? I’ll let you have one guess.