Monkey in the Middle Drill 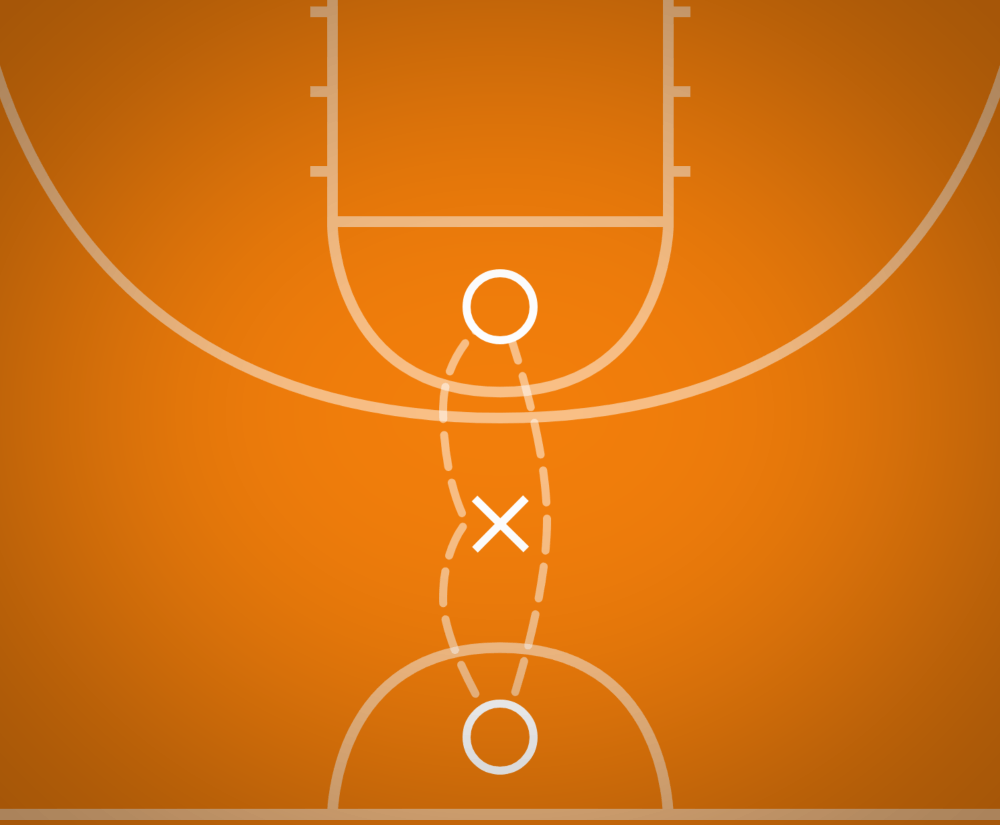 This is a fun way to practice passing in traffic as well as teaching players how to get in position to steal passes as efficiently as possible.

This is the classic “Monkey in the Middle” children’s game played on playgrounds everywhere, with a specific focus on basketball skills.

The drill begins when the first pass is thrown into the air. The goal of the drill for the offense is to make as many successful passes before the defender steals the ball. The goal for the defender is to steal the ball as quickly as possible.

The two offensive players are not allowed to leave their half-circle, but are allowed to move freely within the half circle. The defender can run anywhere he wants in an effort to steal the ball as quickly as possible.

In order to turn it into a competition, the team should count how many successful passes are made before the steal. Whoever steals the ball in the least amount of passes is the winner. Coaches may want to put a cap on the number of passes in case there are players who are not able to steal the ball quick enough so that the drill does not drag on forever. Additionally, coaches may want to cap the amount of time allowed in between passes in case there are players that are too hesitant to pass the ball.