Pass it Down Low Drill 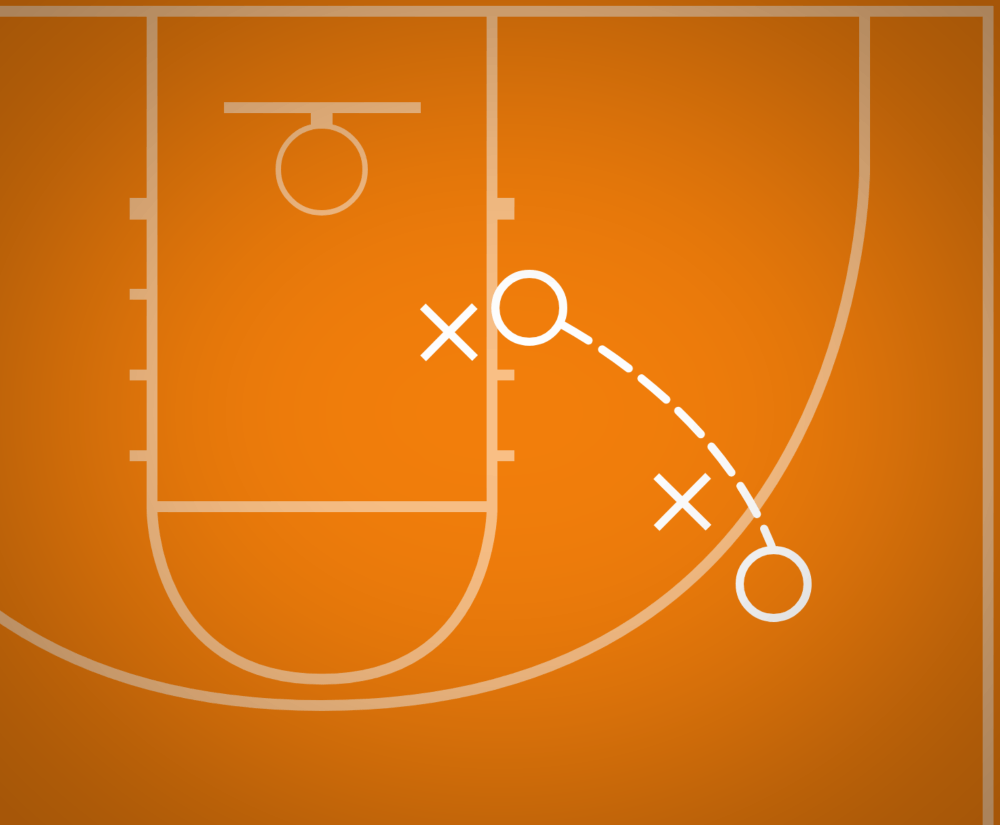 Everybody knows that taller players can have an advantage on the court because they can get closer to the rim. When your team has a big and tall player your other players need to learn how to pass it down low to him so that he can get the ball in the post and use his bigger frame to score a bucket.

The goal of this two on two drill is to successfully make a pass from the wing to the post player on the block. The hard part is that there are two defensive players trying to stop this from happening.

The player on the wing is not allowed to dribble, so his defender can get up and close in his face. Therefore, the wing player will have to get creative with pump fakes in order to get the ball past the first defender.

The post player, in turn, needs to get himself in good position in order to cleanly receive the pass. He must use his body to get in between his defender and his teammate in order to give his teammate a place to make a successful pass.