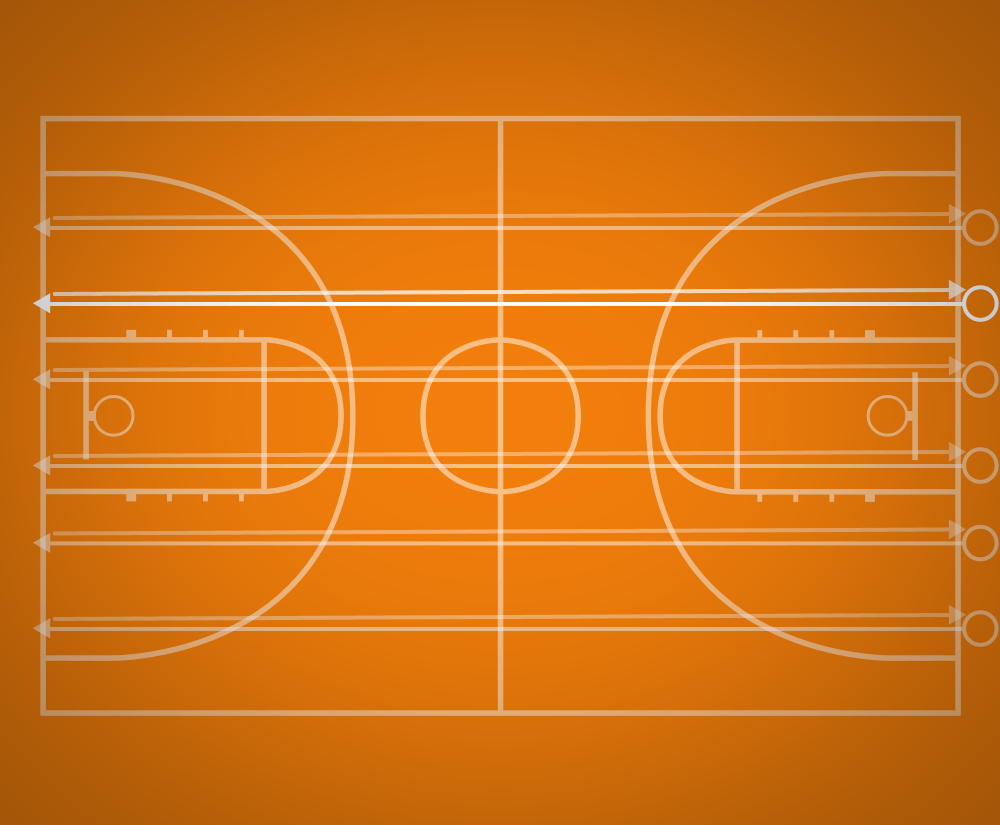 Players line up along the baseline prepared to sprint out onto the court.

Basketball is a sport full of rapid spurts in back-to-back succession. This conditioning drills simulates the repeated aspect off running up and down the court.

On the coach’s mark, players all sprint down the court at full speed form baseline to baseline.

Upon making it all the way to the end of the court. Players immediately take their place on the baseline in preparation to return through the court again to the original baseline once the coach gives the next signal.

The coach will wait a short amount of time, any where from 3 seconds to 30 seconds, before telling the team to make the next sprint down the court.

Each time down the court should have a different amount of break time in order to keep the team on their toes since so many sprints during a game are reactive to the situation on the court.

The entire drill should consist of a set number of sprints, such as ten sprints announced beforehand so that players can know what to expect throughout the course of this conditioning drill. The unknown factor is how long each rest break will take so that they have to remain engaged throughout the entire drill.