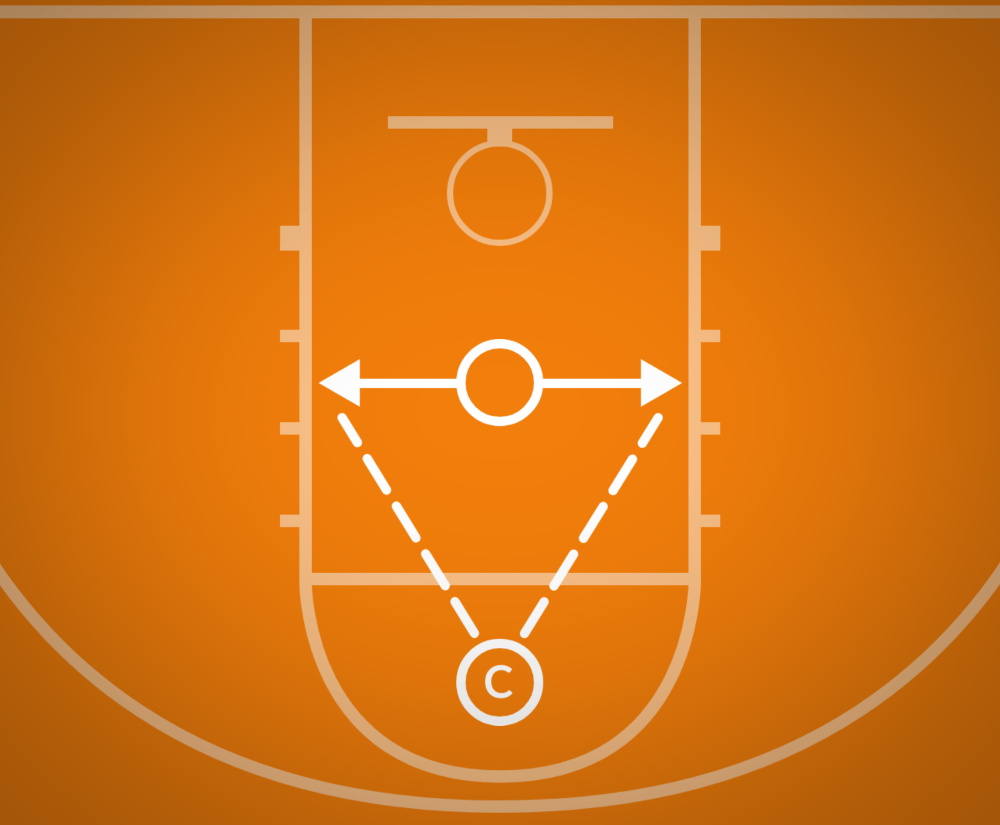 The coach begins the drill by lightly tossing the ball out a few feet to one side of the player. The player then needs to run horizontally in order to retrieve the ball. As soon as he grabs it, he passes it back to the coach who immediately tosses the ball in another direction to make the player quickly change his direction to run the next ball down.

Depending on how far the coach wants to make the player run, the passes may need to bounce several times or even roll in order to give the player enough time to get to the ball before it bounces past him.

This pattern is repeated several times to work on multiple quick changes of direction in this agility drill.

To make the drill even harder, the coach can do the drill with two basketballs. This way he doesn’t need to wait to get the ball back after each pass. Instead, he can increase the amount of passes per repetition by tossing the next ball out in another direction as soon as the player has retrieved the previous ball to make this drill even more rapid fire.