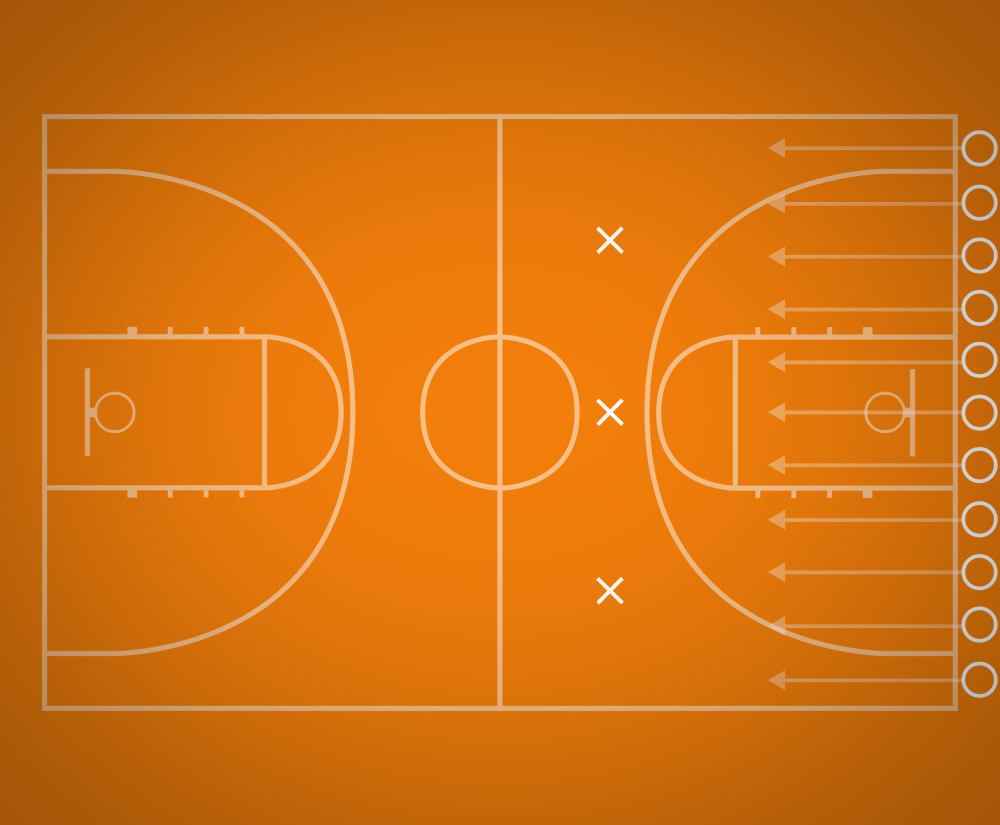 The Sharks and Minnows game pits 2 to 3 players as sharks against the rest of the team who play as minnows. First, the sharks are selected and take the court as defenders. All the remaining players are given their own basketball and line up on the baseline.

The Sharks and Minnows game is a fun way to have players organically learn and develop their basketball skills throughout the course of the game. The primary skills learned in this game are dribbling skills and defending skills, as well as, a bit of conditioning.

When given the signal to start, the minnows (players with a ball) begin running through the entire length of the court from one baseline to the next.

Meanwhile, the sharks (defensive players out on the court) try to steal the basketballs away from as many minnows as they can as they run down the court.

If a minnow makes it all the way to the far baseline without getting his ball stolen then he is safe for that round.

If a minnow gets his ball stolen, or his ball is lost and knocked out of bounds, then he becomes a shark for the next round.

Once all the players are in their proper place for the next round, then the signal is given and the minnows must make their way back through the shark infested water (which has even more sharks now) in order to get across to the far baseline.

The game is played until there are no minnows remaining and everybody has had their ball taken and become a shark.

Due to the large amount of running, this drill could be placed towards the end of practice as a sort of conditioning segment.