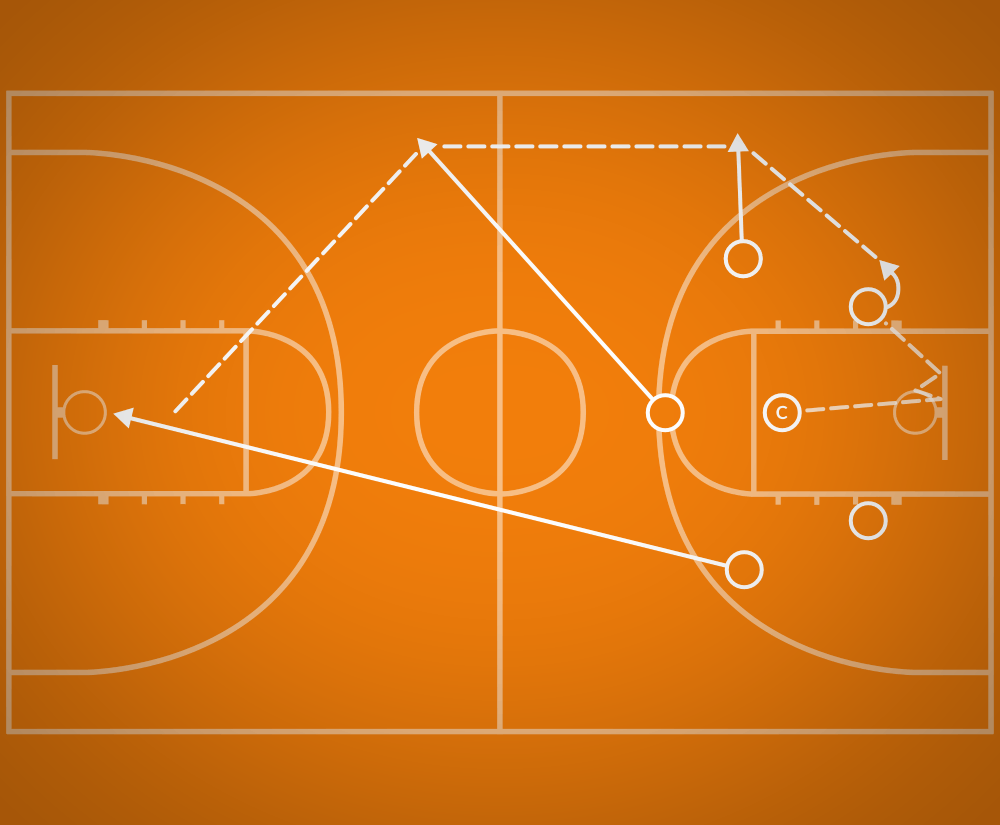 Five players should be on one side of the court as if they are playing defense. The coach need to be in position to throw the ball up towards the hoop to simulate a shot attempt.

The coach begins the drill by throwing the ball up towards the hoop to simulate a missed shot attempt. The player who grabs the rebound should immediately pivot towards the closest sideline.

The closest guard on that side of the court should sprint sideways toward the same sideline in order to get space away from the other players in the middle of the court and receive a pass from the rebounder. After getting catching the pass, this player should, in turn, pivot up the sideline and pass it to the next player who made a break to the same sideline a little bit above the half court line.

At this point, the backside guard should have sprinted at an angle towards the far side hoop and should now be in position to receive a pass for a direct layup into the basket for a quick two points.

If the drill is run perfectly, there should be no dribbles on the entire court. All ball movement should be through passes, so perfect execution should never have the ball hit the floor until after it has gone through the hoop.