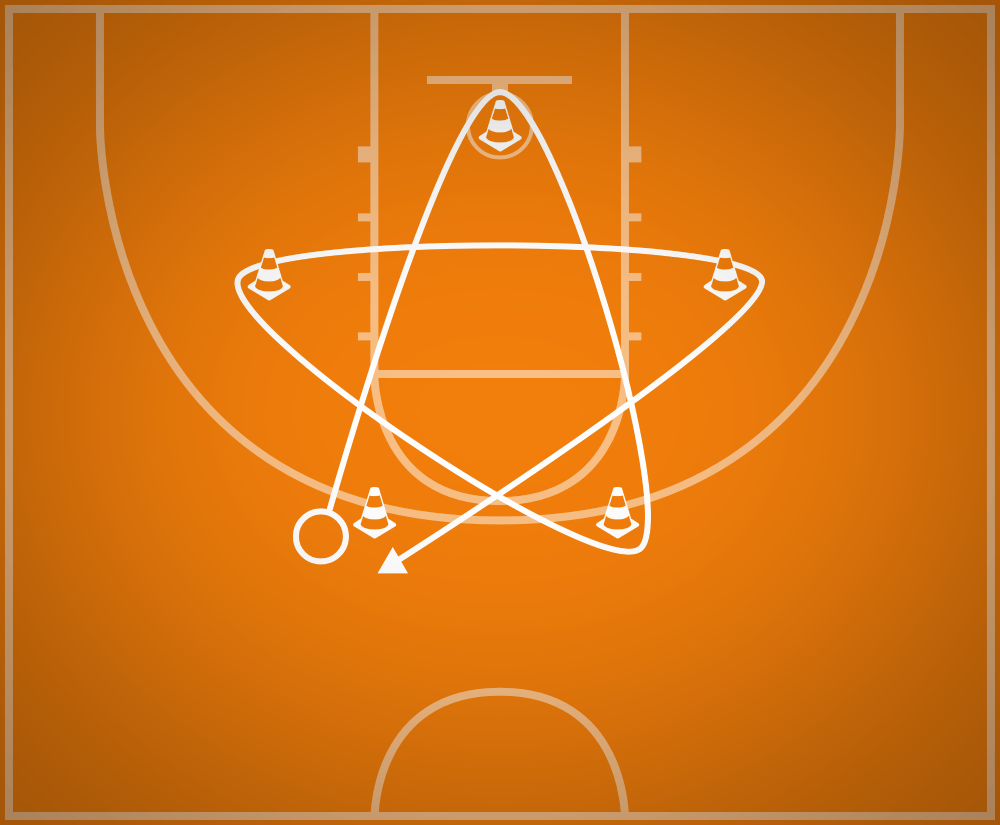 This is a dribbling drill that gives players sharp angles to turn with the ball. Due to the star shape, it also requires players to think a little bit about the path that they are running, while they are dribbling in order to force them to process a degree of awareness on the court while dribbling at the same time.

The player starts the drill by sprinting, while dribbling, around the cone that is at the top of the star, underneath the hoop. He then quickly turns around the cone as closely as he can without hitting it, and heads toward the next cone in the star that sits on the other side of the three point line. Players should continue going across the star in a diagonal at each cone in order to keep the path of the star intact.

As they make their way horizontally through the lane, on the second to last line of the star, the next player up can begin their run in order to keep the drill going at a fast place for all players on the team.