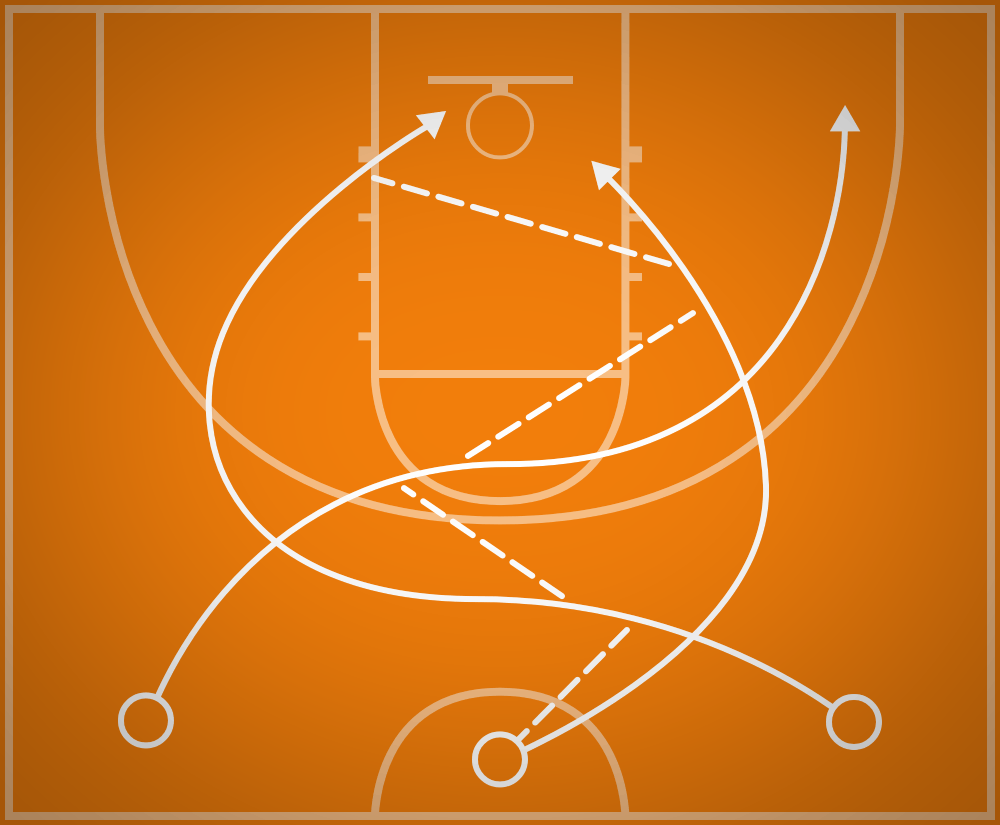 Three players get in position with one player in the middle of the court with a ball. The two other players flank each side of the center player halfway in between the center of the court and the sideline.

The Three Man Weave encourages your players to move together synchronously on the court. For players who have never done this drill before, it can be somewhat confusing to figure out the flow of the drill due to the fact that you have to flow in rhythm with your other teammates and everybody has to find the same speed so that they are all in tandem. Once the rhythm has been figured out, and everybody is flowing together, it will give your players some much needed chemistry that is likely going to translate to more fluid ball movement on the court in real situations.

The drill begins when the center player passes the ball to the player on his right. As he begins to make the first pass, all players start jogging down the court at the same time.

Whenever a player makes a pass, he will always run behind the player that he is passing it to in order to replace his position on that side of the court.

The ball should never touch the ground during the course of this drill. All ball movement should be through passes and players should never dribble the ball.

The drill finishes once the team gets close enough to the basket to lay the ball up into the hoop.