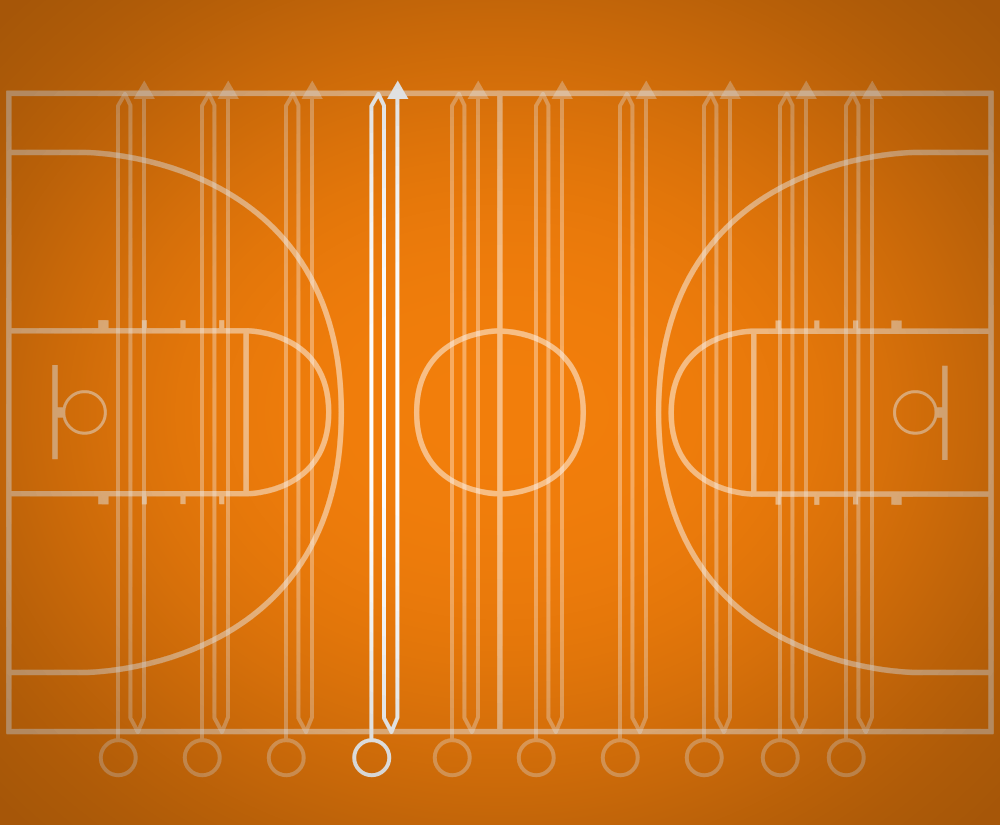 The whole team spaces out as they line up on one of the sidelines. Players get in an athletic position prepared to run when the coach gives the signal.

This is one of the purest forms of basketball conditioning that you can provide for your team. Not only is a gruel in terms of building endurance, but it also forces your players to repeatedly change direction so that they are also building better changes of direction on top of have to suck wind to get through all the legs of this conditioning drill.

Players will sprint (or jog as fast as they can maintain) from sideline to sideline. It is called a “Touch 17” because they will touch the sidelines seventeen times.

Every time they approach a sideline, they will need to squat low and touch the sideline with their hand before they explode back onto the court to return to the next sideline. They will end of finishing on the opposite side of the court from the one they started due to the odd number of touches.

This is a great way to examine your team to see who the best athletes are as well as providing your team with an upper leg in the fourth quarter of games. Due to all the Touch 17s they run in practice they will be able to perform better in the end of games when the other team begins to get tired.

The more Touch 17s you run in practice, the higher chance your team has of running away with games in the fourth quarter.