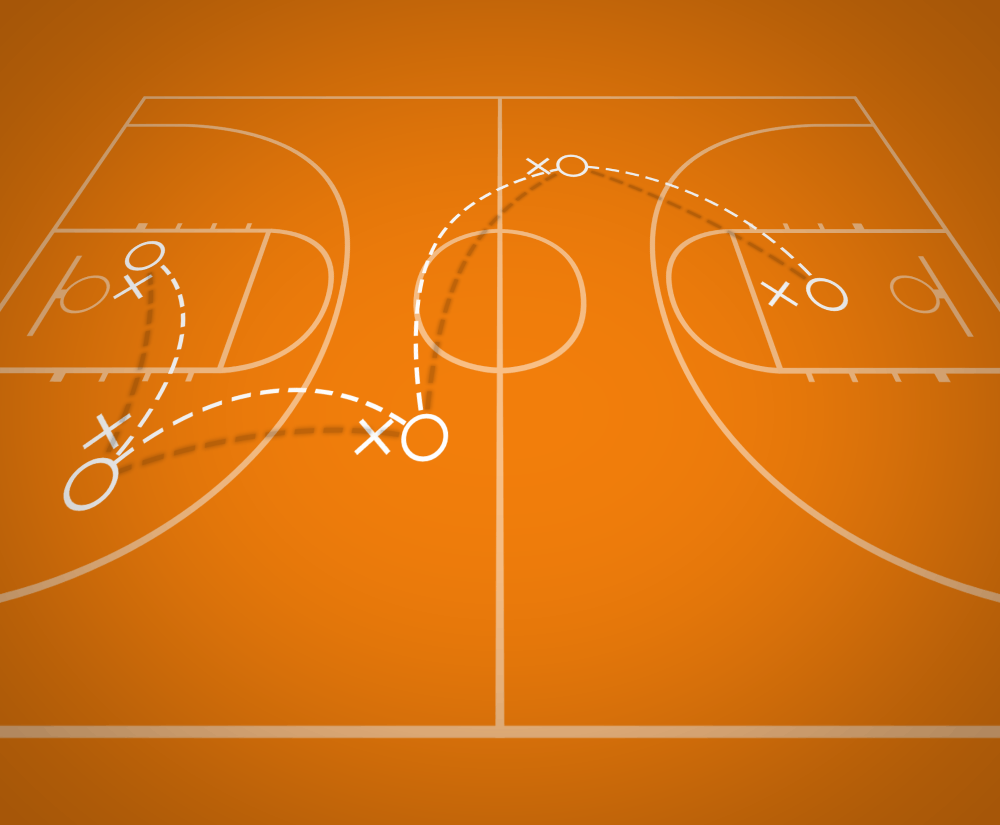 Players are divided up into two opposing teams and take the court as if they are preparing for a scrimmage.

This is a creative and competitive way for your team to work on their teamwork and passing ability. It has all the same rules as normal basketball, except for the fact that your players are not allowed to dribble which forces them to get smarter and more creative with how to advance the ball up the court through passing only.

Ultimate Basketball is a form of basketball that takes the rules of Ultimate Frisbee and applies them to the basketball court. This means that essentially you play a scrimmage with all the same rules as normal basketball with the exception that your players are never allowed to dribble the ball. The only way that they are allowed to move the ball around the court is through passes.

In Ultimate Frisbee, it is a turnover whenever the Frisbee touches the ground. In Ultimate Basketball, however, the ball is allowed to hit the ground, such as during bounce passes or unsecured rebounds, as long as it the ball does not touch the via a dribble where someone is trying to advance the ball around the court by running with the ball while dribbling. Turnovers will, therefore, work in the same way as normal basketball (ex: stealing passes, swiping ball out of hands, or the ball going out of bounds.)

This form of basketball takes the ball out of the hands of the ball hogs who dribble around by themselves on the court and forces your team to work together to move the ball into a good place to shot it and score a bucket.