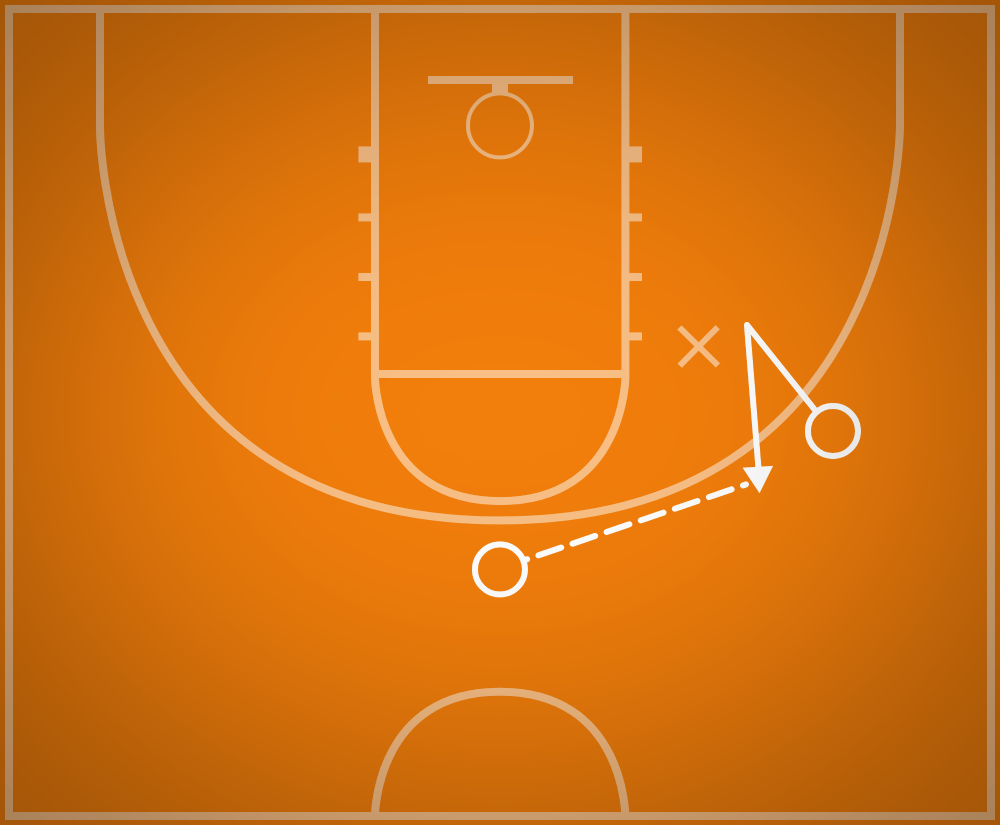 The main player performing the drill should line of in the wing outside the three point line. A ball handler should line up at the top of the key in position to pass the ball to the wing. Optionally: A defender can line up in a defensive position against the wing.

This drill focuses on the V-Cut maneuver for off-ball offensive players. In order to properly perform the V-Cut, the offensive player in the wing position will take 2-4 hard steps toward the hoop as if he is making a backdoor cut towards the hoop. Then performs a quick cut back out towards the ball where his teammate will have a brief moment of time to pass the ball while the cutter has created some space away from the defender.

Although the steps of this cut are very simple to teach and perform, it is a highly effective way to create space because no defender wants to let their guy take an unopposed run towards the hoop.