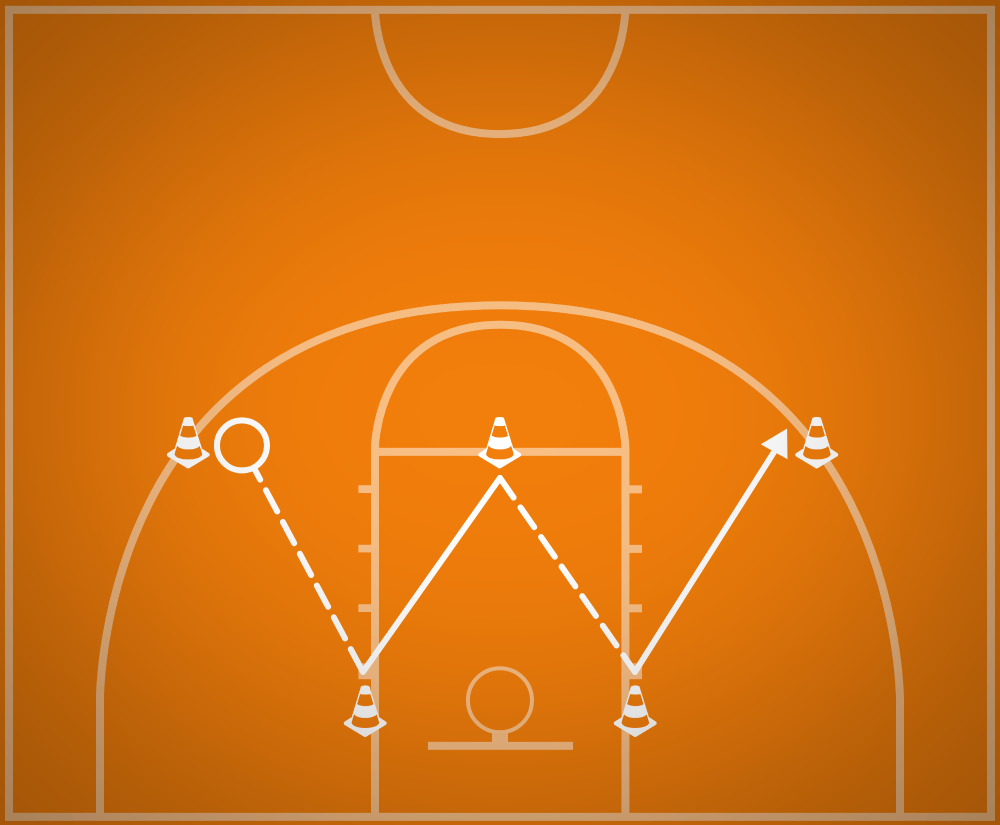 The W Drill is a defensive agility drill where your players are trained how to repeatedly change directions in direct backwards and forwards angles.

Each change of direction should be as rapid as possible. The hips shouldn’t be turning but should instead remain parallel to the court as the player stays in a good athletic defensive stance low to the ground and facing up towards the imagined offensive player.

This defensive agility drill should be down on the defensive side of the court with the player’s backs to the to hoop so that they can imagine defending a player that is charging the hoop, and then following him back out as he retreats back to the arc.