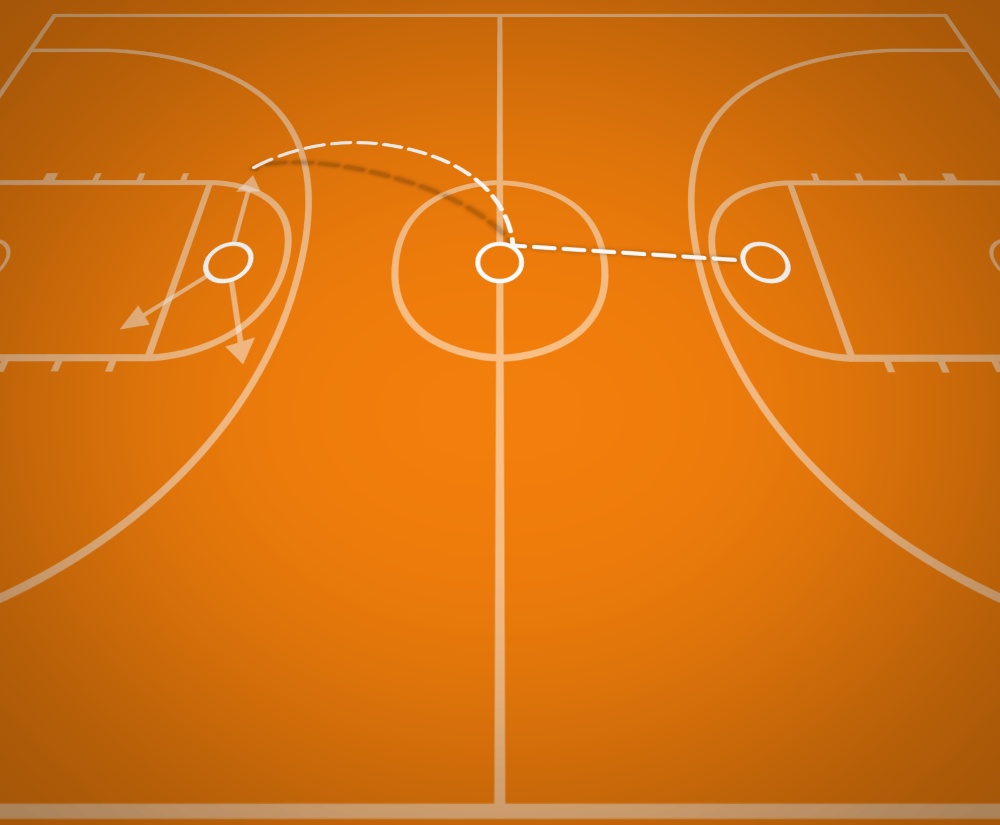 Three player take the court in a straight line spaced out evenly from each other. The ball is placed in the hands of one of the players on the end of the line.

This interesting drill trains your players to react to balls that have been tipped and are up for grabs as they fly through the air.

There will be opportunists throughout the course of a game where a ball gets tipped into the air and becomes up for grabs. The team that is able to grab the ball when this opportunity presents itself will be able to secure an additional possession.

The last player in line then has to react to where the ball was tipped and attempts to catch it in the air.

The key to this drill is developing the reaction ability of the player that attempts to catch the ball in the air.

Each iteration of the drill should feature a tip that bats the ball in a random direction at a random angle at a random velocity.