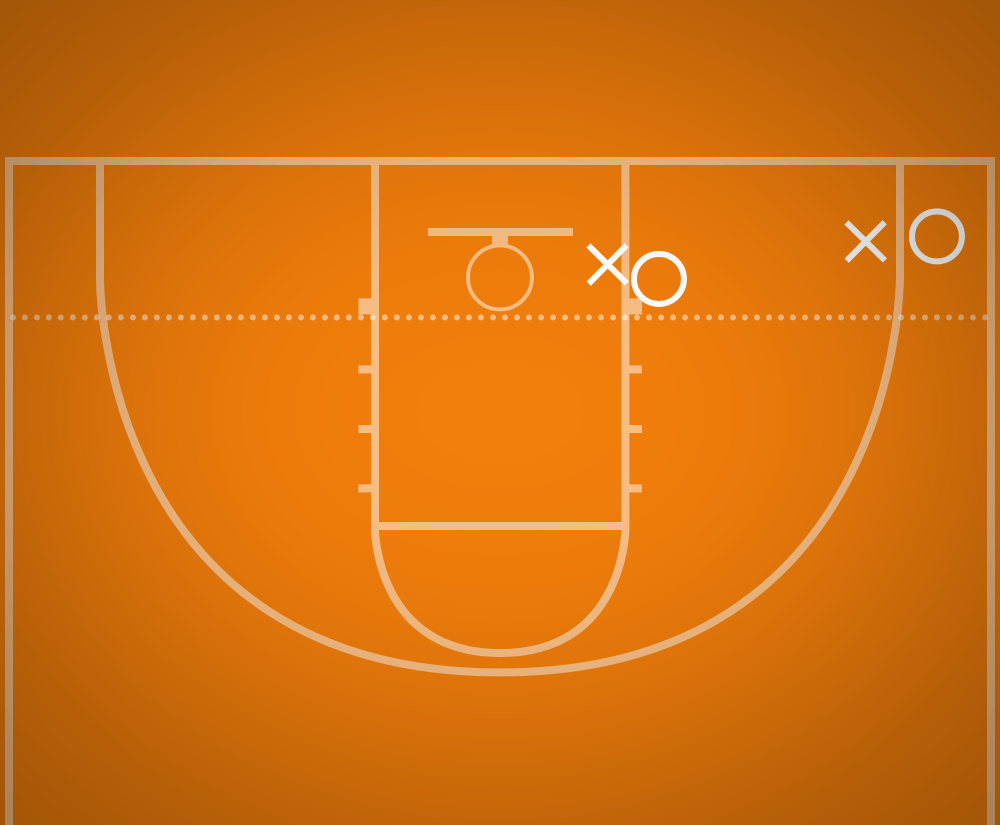 Set this game up as a two on two game between two defenders and two offensive players. Each possession must start with the ball behind the three point line in the corner of the court.

An invisible line (or a visible line) must be established marking the territory in which players are allowed to play. The normal sidelines are all in play, with the addition of a new line that runs parallel to the baseline and does not extend past the block. This new line will keep the players contained close to the baseline.

This two on two game simulates a cramped space where there is not much room to work with. It is menat to teach players how to perform when they only have a limited amount of space.

This is as simple as a two on two pickup basketball game with the exception that there is a new line keeping them contained within a close space and near the baseline.

With a limited amount of space to work with, players will be forced to respond in new ways that they do not normally get exposure to throughout the course of a normal practice.

With the intensity of games, space can collapse quickly. This drill forces players to play with limited space and work with their teammate, as well as, against their opponents in order to find out the best way to perform in the small confines.